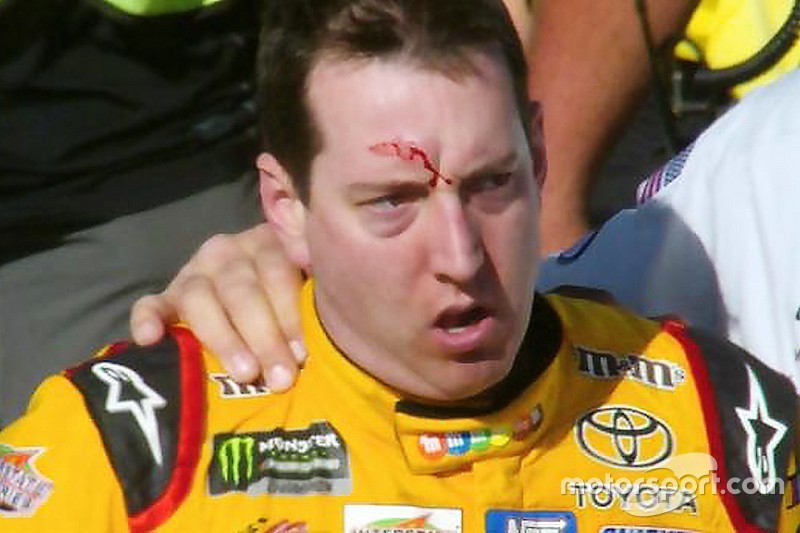 NASCAR has decided not to issue any penalties to the parties involved in the altercation following last Sunday's Monster Energy Cup race at Las Vegas Motor Speedway.

After the two drivers collided on the final lap of the race, Kyle Busch angrily approached Joey Logano and attempted to punch him in the face. Logano's Team Penske crew immediately took Busch to the ground, who was brought back to his feet by a NASCAR official with a bloodied face.

Previously, NASCAR fined Marcos Ambrose $25,000 for punching fellow driver Casey Mears in the face after their scuffle at the April 2014 Richmond race.

On Tuesday, Logano called Busch to offer his side of the story, claiming he did not intentionally wreck the No. 18 and hoping they could work through it somehow. NASCAR Chairman and CEO Brian France called into SiriusXM NASCAR radio to offer his opinion of the incident on Monday, saying the sanctioning body "understand(s) that the emotions are going to boil over some times." He also stated that NASCAR does not want another Kenseth/Logano situation with Busch retaliating against Logano in future races.

But beyond the fight, there were still a couple penalties issued following the LVMS race weekend. Most notably, race-winner Martin Truex Jr. had his crew chief Cole Pearn fined $10,000 for improperly installed lug nut(s) on the car. Ty Dillon's crew chief "Bootie" Barker was fined the same amount for the very same reason.