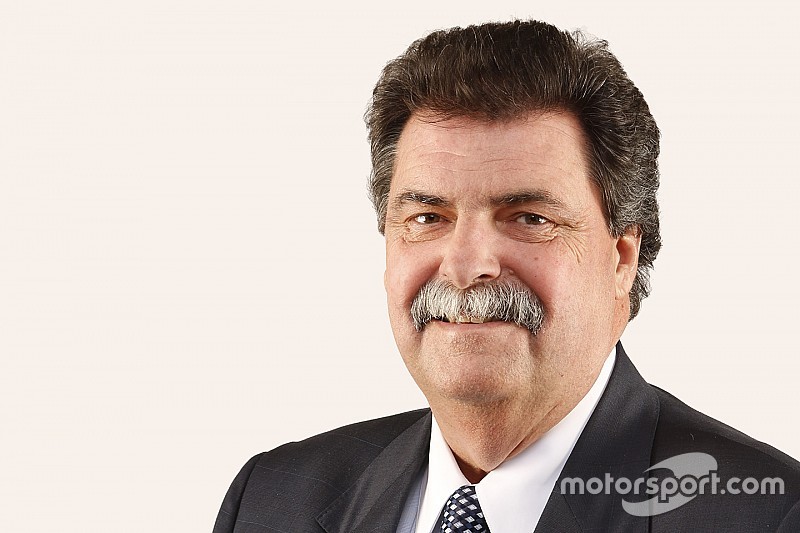 NASCAR’s Mike Helton is expanding his management role in motorsports.

AMA Pro Racing announced Monday it has added Helton to its Board of Managers, which helps guide and assist the AMA Pro Racing organization.

Helton – who will continue in his current role at NASCAR as vice chairman – joins David Atlas, Tom Bledsoe, George Silbermann and Mark Raffauf on the board.

The American Motorcyclist Association (AMA), located in Pickerington, Ohio, is the world’s premier member-driven motorcycling organization whose mission is to promote the motorcycling lifestyle and protect the future of motorcycling.

“Mike Helton brings a lifetime of Motorsports experience to American Flat Track during a period of rapid growth for the sport,” said Michael Lock, CEO of American Flat Track. “We welcome Mike to the Board and are looking forward to the benefit of his insights and guidance.”

Since 2015 he’s served as Vice Chairman of NASCAR, held the position of NASCAR President beginning in 2000, and worked with the sanctioning body since 1994.

Helton is also Chairman of The NASCAR Foundation, a charity that raises money and encourages volunteerism as it supports nonprofit causes around the country. Additionally, his career includes operational stints at two major racing venues, Atlanta Motor Speedway and Talladega Superspeedway – and he’s also spent some time in a race car himself.

“I’m excited about becoming a part of AMA Pro Racing’s Board of Managers,” Helton said. “I’ve been a motorcycle enthusiast for most of my life and really am impressed with the direction American Flat Track is going.

“I look forward to being a part of their increasing role in motorsports.”

Earnhardt Jr: Truex was “too nice” in wild Martinsville finish

William Byron's NASCAR experience comes both on and off the track