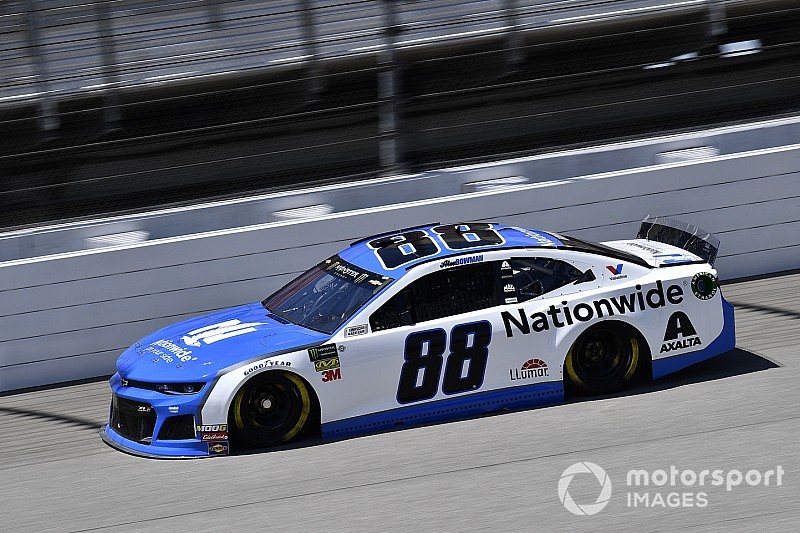 Nationwide Insurance will end its sponsorship of Hendrick Motorsports’ No. 88 team in the Monster Energy NASCAR Cup Series at the conclusion of the 2019 season.

Nationwide sponsors the majority of the 36 Cup Series races for driver Alex Bowman and a replacement will need to be found for approximately 20 races in 2020.

Nationwide continued to sponsor the No. 88 even after the retirement of fan favorite Dale Earnhardt Jr., although it has continued to maintain a personal services agreement with him. That relationship will continue into next season.

“Since 2015, Nationwide has had the pleasure of being the primary sponsor of the No. 88 team—first with Dale Earnhardt Jr. as the driver and then with Alex Bowman. In that time, the platform has played a valuable role in building the Nationwide brand, sharing with NASCAR fans our noble purpose of protecting what matters most to our members and raising money and awareness for Nationwide Children's Hospital in Columbus, Ohio.

“As Nationwide's business needs evolve, we are adjusting our marketing resources to ensure that we are aligning to those new business priorities.

“With that in mind, we have informed Hendrick Motorsports of our decision to step away from our sponsorship of the 88 team at the end of the year. We have not made this decision lightly, given our 20-plus year involvement in NASCAR and our deep appreciation for Rick Hendrick, Alex Bowman, Hendrick Motorsports, and the millions of NASCAR fans we have engaged with over the years.

“Nationwide will continue to leverage our sponsorship for the rest of 2019 and have many special activations planned. In 2020, we will host partners at select NASCAR races and continue our relationship with Dale Earnhardt Jr.

“We thank Mr. Hendrick for a wonderful five years and wish him and the entire Hendrick Motorsports organization the very best in their future endeavors.”

Bowman, 26, is currently 10th in the Cup series standings and at one point this season had three consecutive runner-up finishes. He is still looking for his first series victory.

“We understand the changing dynamics of business, and we’re grateful to the entire team at Nationwide for their wonderful partnership over the past five years. Whether it’s been winning races, competing in the NASCAR playoffs or our recent on-track performance, we have accomplished so much together. Off the track, we have been just as successful, from collaborating on national advertising campaigns to supporting the important mission of Nationwide Children’s Hospital. It has been a pleasure to work with all of their people and to help drive Nationwide’s business forward.

“Alex is having a breakout season and showing the world just how talented he is. He’s signed through next year (2020) and will be a big part of our future. The momentum we’re building as a sport is due in large part to NASCAR’s leadership and a unique combination of emerging personalities like Alex, established stars and the exciting shows our racing is putting on. There’s tremendous confidence in the product we have to offer our fans and partners.”

In a separate statement, Bowman said he owned a lot to Nationwide.

“They wanted me as their driver and have supported me from the beginning, which I can’t thank them enough for. I’m proud to represent them and have a lot of appreciation for all the awesome people I’ve met and worked with,” he said.

“I couldn’t be more positive about my No. 88 team and what the future holds for us this year and beyond. I know we’re just scratching the surface, and I’m pumped for what’s ahead. We appreciate the role Nationwide has played in our success.”

The other side of Alex Bowman - Part 6

Roundtable: The racing was closer at Michigan, but was it better?