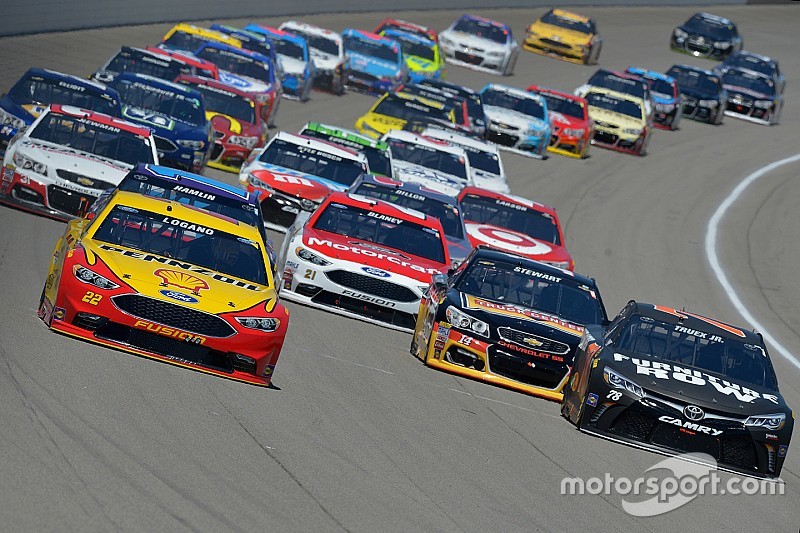 Early assessments from drivers and NASCAR officials of the aero package used in Sunday’s FireKeepers Casino 400 at Michigan International Speedway indicate most agree the sport is headed in the right direction.

“From the (race control) tower, it was definitely different than we’ve seen here before, a lot of action on the restarts, a lot of movement there,” said NASCAR’s senior vice president of competition, Scott Miller. “Obviously we all watched it get strung out a little bit, which we weren’t hoping for longer into the runs.

“I think we saw a lot of things that we liked, some other things that may need a little bit of reevaluating, but I think overall for such a big move in downforce that it was a really pretty successful day and something that we can build on.”

"The cars are out of control"

NASCAR won’t waste any time in continuing its work. The package used Sunday will also be used next month at Kentucky and more than a dozen teams will be testing at the track on Monday and Tuesday.

The package used Sunday was similar to what was used in last month’s Sprint All-Star Race at Charlotte Motor Speedway and will likely form the basis of the aero package for next season.

“You’re going faster down the straightaways, you’re getting a huge draft when cars are side-by-side in front of you, and you have no downforce at all, and especially when you’re three-wide and your angles are off going into the corner and you’re trying to clear them.

“Everyone is racing hard.”

Logano’s teammate, Brad Keselowski, said he wasn’t sure the aero package was “everything we wanted it to be.”

“It is a step in the right direction as far as putting the drivers in control of the racing but not in reducing the aero stuff we wanted. I guess we have to think about it a little,” he said. “A lot of smart people will go back to the board and try to learn from today.”

NASCAR officials said they will continue with a cautious approach to evaluating the on-track results.

“We’ve got a plan. We come back to Michigan (next month) and we’ll see what the 2016 package looks like because we’ve kind of come here with a 2017 package,” said Gene Stefanyshyn, NASCAR’s vice president of innovation and racing development.

“Obviously, we still want to talk to the drivers, what they felt, and get that input, how did the car feel to them, and also we need to look at our data, passing, et cetera, et cetera.

“We’ve still got to get home and look at some of this information.”

Logano praises "out of control cars" with Michigan rules package