What the new Cup Series sponsorship model means for NASCAR

The rollout of NASCAR’s new sponsor model for its Cup Series has prompted many questions and some aspects of the change won’t be apparent to fans right away. 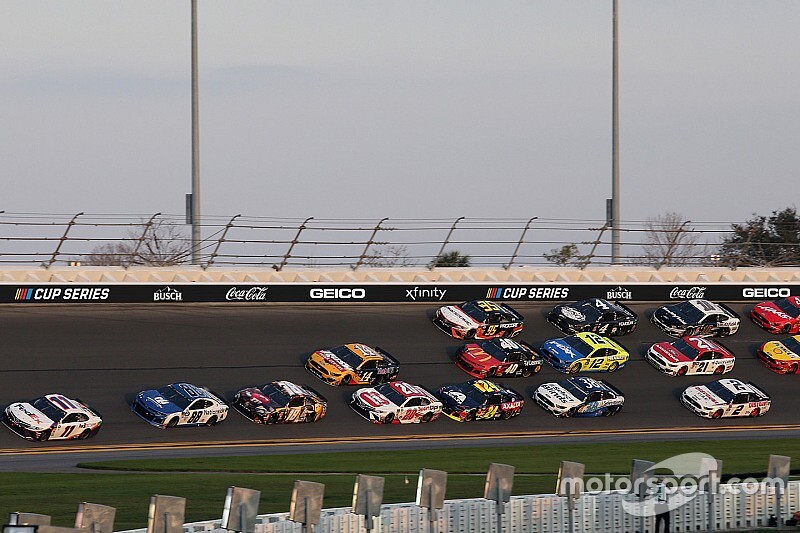 After more than a year of work, NASCAR unveiled its new sponsor model for its Cup Series this week, highlighted by the announcement of four ‘premier partners’ – Busch Beer, Coca-Cola, GEICO and Xfinity – that will provide the cornerstone of interaction with race fans.

Each company will be expanding on an already existing relationship with NASCAR, including the addition of race entitlement sponsors, track signage and other marketing promotions.

Daryl Wolfe, NASCAR executive vice president and chief sales and operations officer, met this week with a group of reporters to answer questions about some of the details of the new model and its implementation.

How will the new model affect or limit teams as to their own sponsorship searches?

No restrictions on the teams. In previous times, for example, the telecommunications category or the energy drink category, that goes away, right? We wanted to make sure it was easier for our teams to go out there, prospect and find brands.

There’s no restrictions in regards to what the teams in the garage area can go do. That was an important component of this. In addition to the four (premier) brands, we wanted to make sure they had and we had a dialogue and discussion around their investment across the ecosystem of the sport.

So, it's just not tracks, it's just not NASCAR the league, but they also have existing investments with the teams, the broadcast partners, NASCAR license media and so forth.

What were the main reasons for the change?

We want to make the sport be easier to do business with, right? When you think about there are so many points of entry across our sport, it can get very complex. We hear feedback from partners that, I have to make stop A, then I have to get a stop B, then I have to do an agreement of another entity C. It's a very complex sport to navigate.

One of the things we wanted to do in a state of strategy from day one is make sure this sport was easier to do business with. We think we've cleaned that up to some degree.

The second thing, if you look at the brand behind us, the first brand, the first mark, is our mark. It’s the NASCAR mark. In the world of transitioning sponsorships, you think about from Sprint, from Nextel to Sprint to Monster Energy, the pinnacle of our sport is the NASCAR Cup Series, right? We want to lead with our brand. We think that is good for other partners because they’ve made an investment with our brand, the sport NASCAR.

When a fan goes to the race track or watches or listens to the broadcast, what will the look and feel be moving forward? What will they see?

In the marketplace, you may see a brand, the Coke brand, with a premier partner brand attached to it as well. There can be three different applications. That's not to create confusion. It's just that there's three different ways of presenting this model to the fans and to the competitors alike.

In regards to signage at the track, we are attempting to create a more holistic look and more consistent look. Easier said than done. There's a lot of agreements out there. It is a bit of a jigsaw puzzle. What I would say is in year one you're going to see a little bit of a change, year two you're going to see more change.  By the time you get to year three and four, I think you'll see a lot of change.

How will the premier partner sponsor model look in regards to activation; how will it take NASCAR to the next level?

Coke is a good example. So Coke this year, I'll talk about at track in a second, but let's talk about in marketplace. This year they have three X to four X the number of customer programs they're activating around our brand, from custom packaging, to retail promotions, to account-specific promotions across the country.

Will there be a new Cup Series trophy?

We are working diligently on how that is going to be portrayed in the future.

Are there set lengths on premier partner agreements?

We intentionally wanted to stagger the lengths of the terms of these agreements. The agreements of the four brands vary from three to five years.

The Daytona 500 is not partnered with a premier partner, was that intentional?

These brands will have a presence around Speedweeks, and obviously Daytona 500. We did not include the Daytona 500 as kind of a jointly owned entitlement. We wanted to reserve our championship event at ISM Raceway as well as the All-Star Race for the four premiers behind us.

We just feel Daytona 500 is a bit different. We wanted to kind of keep that as an outlier. Also keep in mind for our Daytona Rising project, too, we have a number of founding partners there that have a pretty large presence. We wanted to find the right complement for those founding partners as well as the premier partners behind us. The Daytona 500, we're just treating that a little bit uniquely, that's all.

How did you make these partners part of the All-Star Race? How do you try to hope to elevate that?

In the past we've always had a single entitlement partner on that race. These brands have done a really nice job. Obviously, SMI, Marcus (Smith), and the team there do a really nice job around that event.

When you think about our championship event, we wanted to make sure it was a bit more inclusive. With the four brands, they're going to have more of a larger presence around that championship race. They're going to take the brand in that race in the market and activate around it. There's some additional opportunities there.

Do the premier partners have windshield cleaner rights on this? If not, who does?

They do not. Still TBD. More details to come.