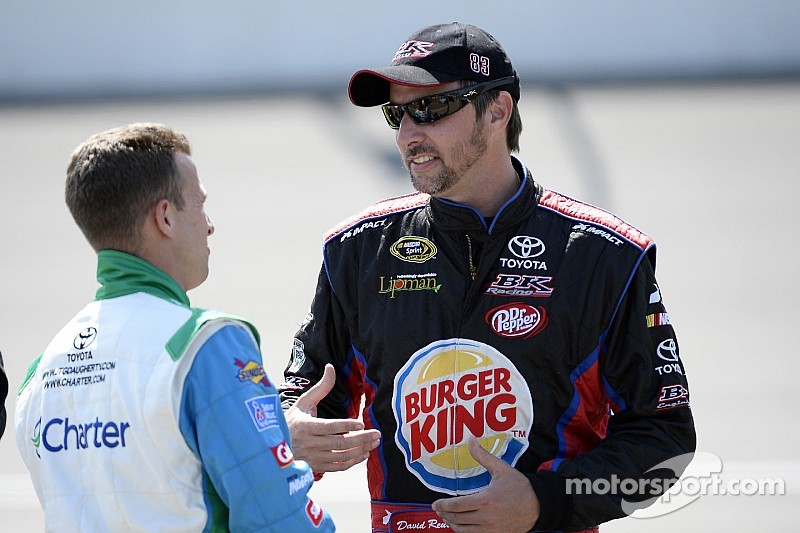 David Reutimann is kicking himself.

The former Sprint Cup driver had the opportunity to race for Front Row Motorsports this weekend in the No. 34 Ford at Atlanta Motor Speedway. However, Reutimann, who is traveling in California, told Motorsport.com on Tuesday he had not renewed his NASCAR license for 2015.

FRM needs to replace David Ragan, who is expected to sub for the unjured Kyle Busch this weekend. Sources say JGR picked up Ragan's seat from FRM earlier today.

Reutimann ran five full seasons in the Cup Series. The 44-year-old Zephyr Hill, Fla.-native won the 2009 Coca-Cola 600 and at Chicagoland Speedway in 2010 while driving for Michael Waltrip Racing. Reutimann also has a victory in the NASCAR XFINITY Series at Memphis in 2007. He finished second in the NXS point standings that year.

In 2005, Reutimann won a truck race at Nashville. The following year, Reutimann finished third in the truck standings.

Reutimann says he hopes to return to racing at some point. Renewing his NASCAR license and getting his physical would be a good place to start.

Note: Bobby Labonte has been mentioned as a fill in for David Ragan this weekend. Sources confirmed that the team has talked to the 2000 NASCAR champ.

Daytona: 15 things we learned at Speedweeks