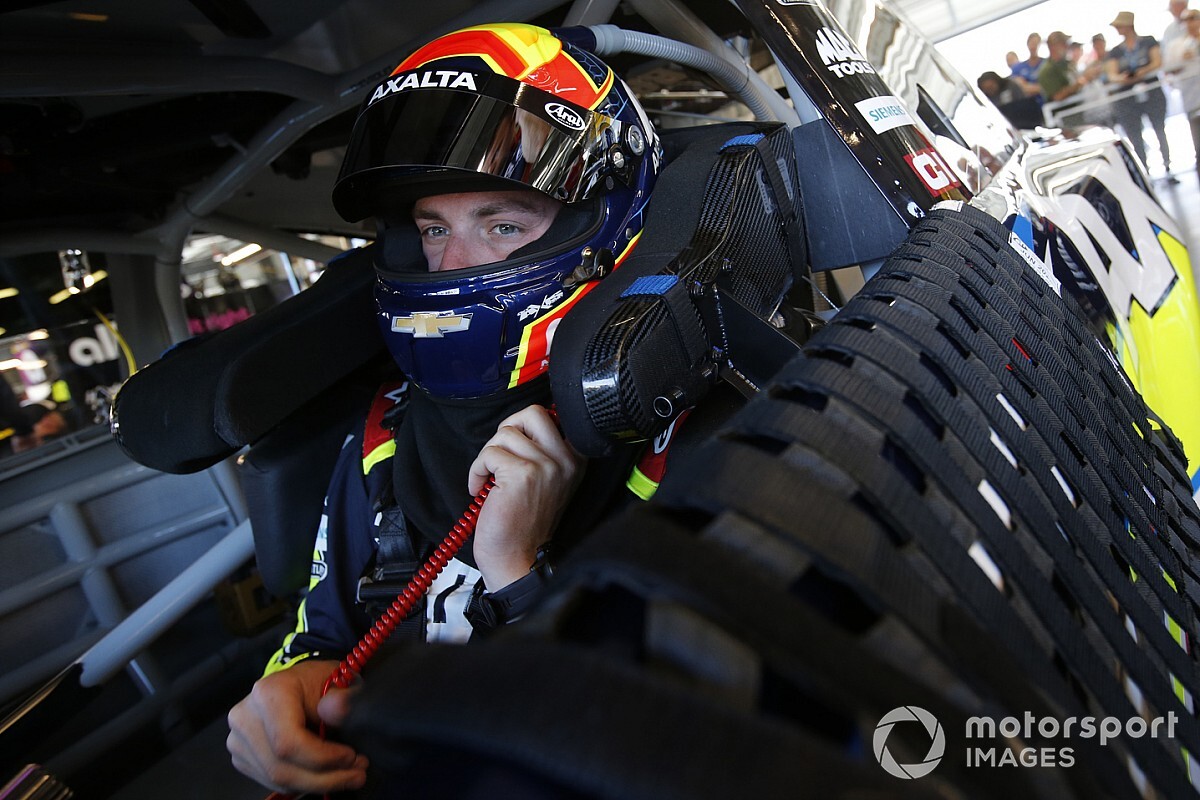 NASCAR Cup Series driver Alex Bowman occasionally shares a first-person diary throughout the season, giving fans a behind-the-scenes look at his life both on the track and off. He will also at times solicit questions from race fans on his social media channels and answer some here.

It’s been a really frustrating couple of months. It was so awesome the way we started the year. We started the year terrible the last couple years and got stronger as the season went into the summer. To start this year, we were on it – the race cars were awesome, we had speed, they drove great, you could race guys hard, you could be around guys, you could restart well. And now, it’s just a lot more difficult. Restarts are painful. We’re just really struggling everywhere we go.

There were places we had circled that we felt we could run well like Kansas and Michigan or even looking back to Atlanta or Homestead, places we thought after the win at California we could win again, we struggled. So, we definitely have a lot of work to do. I feel like every time I do an interview lately people want me to answer the question of why we are running bad and I’m like, ‘Man, I don’t know.’ Then I see fans on social media say, ‘You need to get your stuff together.” And I’m like, ‘Trust me, I know.’ My names on the door. I’m the one driving the car. All my crew guys know we need to get our stuff together. We’re all working on it. We don’t know where we’re off. It’s not as simple as plugging back in what we ran two months ago. The sport evolves too quickly for that.

At the beginning of the season, when the car was a little bit off, we’d be running like eighth. At Las Vegas, we didn’t have a great day until the end. We were fighting with our race car running sixth, seventh, eighth all day and then got it dialed in at the end and drove to the front. Now, if my race car drives perfect, maybe I run seventh or eighth. The biggest thing is it’s so much harder to get remotely as competitive as we were earlier this season. Restarts are so crucial and our car seems to drive really bad on restarts and we’re trying to figure out why that is. It’s tough. It seemed easy to start the year. That car at California was one of the best cars I’ve ever driven.

Not sure what to expect at Daytona

We head to the Daytona Road Course race this weekend and I, like many others, really don’t know what to expect. We’ve run really well at the Charlotte Roval and I think we’ll take some of our notes from that and hope that helps us. It’s going to be interesting to see how the race shakes out and how the tire wear is and how the race track really drives. I’ve done a lot of work in Chevrolet Racing’s DiL (Driver-in-the-Loop) simulator, and I’ve gotten some help working with Jordan Taylor, who competes for Corvette Racing. Having his knowledge is super-helpful. He’s a really good guy and I really appreciate his help. The rain will be the biggest thing. I have absolutely no clue what I’m doing in the rain, so being able to have an idea of what to expect there is a big help.

I’ve also went on iRacing to compete on the course and that was totally different than my experience in the simulator. Man, I don’t know which one is right. Which one will be like the real thing? I do not have a clue how it’s all going to come out. Our road course cars at Hendrick Motorsports are phenomenal. The weak link is the steering wheel holder. Hopefully, the steering wheel holder doesn’t break this weekend and does a good job. I think the amount of time I’ve spent studying and in the simulator will be a big help. Hopefully, I’ve done more than some others to prepare for this race and I can use that to my advantage. It’s hard, though, especially starting as far back as we will. I need to stay out of trouble. Guys are going to be making a lot of mistakes. My guess is if you can minimize your number of mistakes and stay on the track you should come out of it with a pretty good day.

My drift car project is just about done. I need to finish some body work – it doesn’t have any fenders or quarter panels on it currently. Other than that, it’s done. It runs and drives. I drove it to the gas station the other day. It is street-legal-ish – it has a license plate on it and it’s insured. Hopefully I’ll get the chance to shake it down at a race track soon. Lately I’ve been using my parking lot as a testing facility. It’s been a fun project. I’m happy to get it up and running. For the most part, the project went as planned. We had some people do some work on the roll cage that didn’t go as planned but as far as the bolt-on pieces, that went well. Waiting on some of it was probably the hardest part. Some things we ordered in April or May showed up in the beginning of August. It seems to work pretty well but we’ll see for sure when I get it to the race track. With just parking lot testing, it’s kind of hard to say.

When I think about the start of the playoffs coming up, it’s honestly hard to get excited about anything right now. It’s been a rough two months. When you put everything you have into trying to run well and be successful and you go through a period like this, where the harder you try

sometimes the worse you get, it’s so frustrating. At least for me, mentally, it takes a lot out of me. Everyone is certainly trying hard. All it takes is one good week to hit on something and turn things around. It would be great if we could make that happen this week. Team morale is definitely not what it was at the beginning of the season. It’s tough but when times are tough you figure out what you’re made of.

Things like building my drift car and doing doughnuts in my parking lot, playing with my dogs and working on my open-wheel stuff in my shop helps me keep everything in perspective. I love doing that stuff and have a lot of fun with it. When things are tough, for a couple weeks you can still find some bright spots and some positivity in working on the things you need to change. When it’s tough for a couple months, it gets harder to find those bright spots and harder to look forward to next weekend and hoping things will be better. Honestly, getting my mind off the performance occasionally and focusing on other things is the best thing for me. I’ll drive myself crazy if I think about last weekend all week long before we get to the next track.