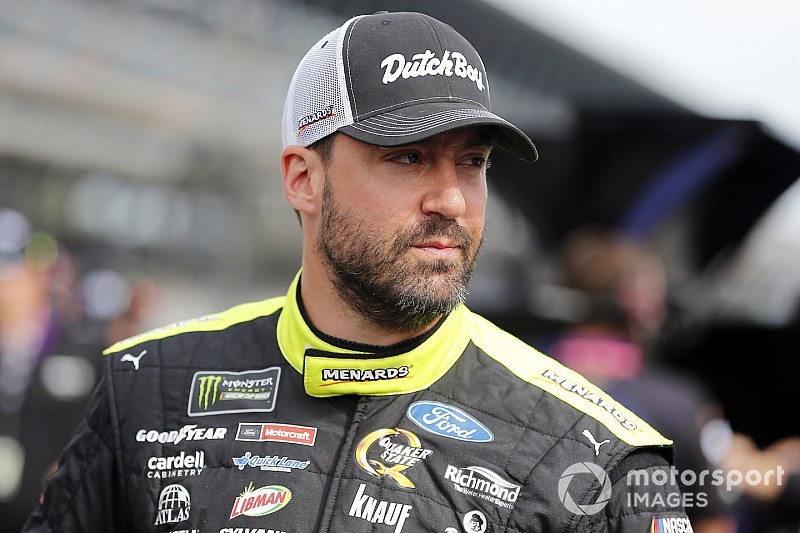 There was not a particular moment when Paul Menard decided 2019 would be his last in the Monster Energy NASCAR Cup Series but the reason behind it has been growing.

“First and foremost it’s the time spent away from family. I’ve got two young kids at home. Watching them grow and missing out on the things they have been doing, it’s hard as a father and a parent,” Menard said Tuesday during a teleconference.

Menard, 38, still had a year left on his current contract with Wood Brothers Racing to drive its No. 21 Ford. In an interview as recently as early July, Menard maintained his intention to return next season.

Asked about his reply then, Menard said he still hadn’t made up his mind.

“I wouldn’t say there was one day where a decision was made. It was a general feeling throughout the year,” he said. “I do have a contract for next year. I’m just choosing not to use it.

“It’s been an on-going process. I’ve been racing since I was eight years old. I love racing but I got to the point where I love my family more.”

Menard has competed in NASCAR’s three national series since 2003. He has 461 starts in the Cup series, 220 in Xfinity and six in Trucks.

His lone win in Cup came in 2011 at the Brickyard 400 at Indianapolis Motor Speedway and he has three Xfinity wins, including two in his home state of Wisconsin (2006 at Milwaukee and 2015 at Road America).

Throughout his NASCAR career, Menard has run with some of the sport’s biggest and most successful organizations including Dale Earnhardt Inc., Richard Petty Motorsports, Richard Childress Racing and currently the Wood Brothers and Team Penske.

Team president and co-owner Eddie Wood said Menard’s experience was invaluable when he joined their organization in 2018.

“Paul’s a veteran. With a veteran you have tons of experience and know-how and just racing savvy and he brought all that,” Wood said. “We were kind of rebuilding our team for 2018 and Paul having the experience along with (crew chief) Greg Irwin coming on board, they put everything together and the last couple of weeks everything is just really clicking.

“It’s kind of sad that he is going to back away from Cup racing. I get it. Len (Eddie’s brother) and I grew up working on race cars. We never drove but we worked on race cars all our life. We missed what Paul is getting ready to be able to do and I’m happy for that.”

When Menard informed the Woods this summer that he would not return next season, he also played a role in who would replace him. Matt DiBenedetto has agreed to a one-year deal to drive the No. 21 in 2020.

“Our first question was of course was ‘Who shall we get?’ First thing out of Paul’s mouth was, ‘Get Matt.’ Right away we started a conversation with Matt and that’s the only direction we went,” Eddie Wood said.

“There’s still 26 years before I get my AARP card. First and foremost, I need to be a good dad and a good husband. Outside of that there are a lot of opportunities,” he said.

“We have a great company up in Wisconsin that’s growing, that’s vibrant and I’m going to do whatever I can to help them out for sure. I’m not done racing yet. I’m trying to figure out what the next step is but it’s not going to be 38 weeks a year I can tell you that.”

Promoted: Blink of an Eye releases in select theaters only 9/12