Steve Phelps: NASCAR wants to put the 'stock' back in 'stock car'

NASCAR President Steve Phelps provided an optimistic update Sunday about three upcoming key initiatives – the next generation car, a new engine and a schedule overhaul in the 2021 season. 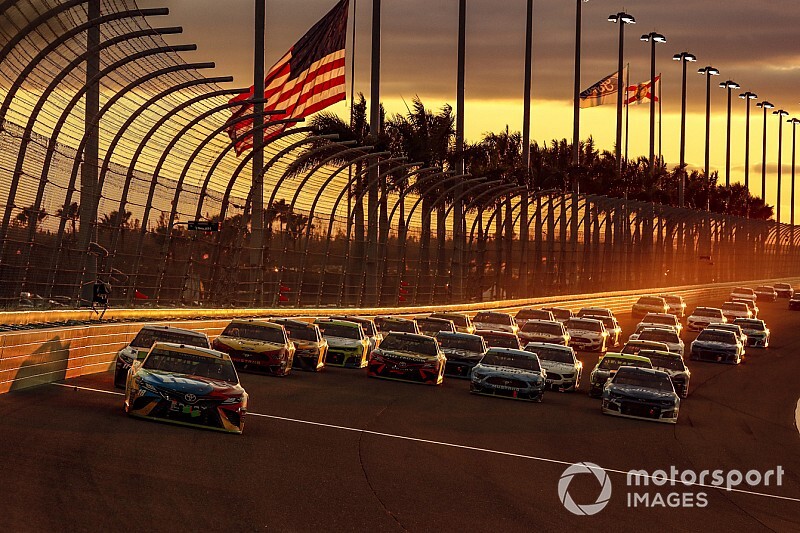 Phelps said NASCAR has already seen improvement in the quality of the racing product this season – particularly at intermediate tracks and superspeedways – and improved ratings and social media engagement.

The Cup Series schedule will see some changes, including a new championship race site, next season and NASCAR remains on schedule to introduce its next generation car for the 2021 season.

“I think reasons to go to this new car, one is to take what is great racing, will (have) great racing in 2020, to create better racing. I think this new car will do that,” he said. “Another component certainly is around relevance.

“Our OEM partners (manufacturers) were here looking at the showroom car or the street car versus what our race car will look like. It’s going to be extraordinary. We are going to put the 'stock' back in stock car.

“We’ve (been) on the track already at Richmond. We have another test coming up in a couple of weeks.”

Along with the new car, will come a new engine, which Phelps confirmed Sunday would include a hybrid component.

Phelps said it’s a direction NASCAR has to take in order to ensure continued and future car manufacturer support.

“I do think for a new engine, that engine will have some type of electrification, some hybrid that will be part of it. I know for a fact we will not have a new OEM unless we change our engine,” he said. “This engine is going to sound significantly the same as whatever the current engine is.

“We’re not going to have a bunch of electric cars going around. That’s not what this is about. It’s about having a relevant engine to our OE partners, both the existing Ford, Chevy and Toyota, as well as whoever the new OEMs that we’re looking at.

“Ideally, creating a single engine package as opposed to taking an engine and kind of choking the horsepower down, is something that I believe we will ultimately get to.”

Phelps said the schedule changes for next season and the more robust ones being considered for 2021 require NASCAR to ensure they keep the racing competitive at all of its tracks.