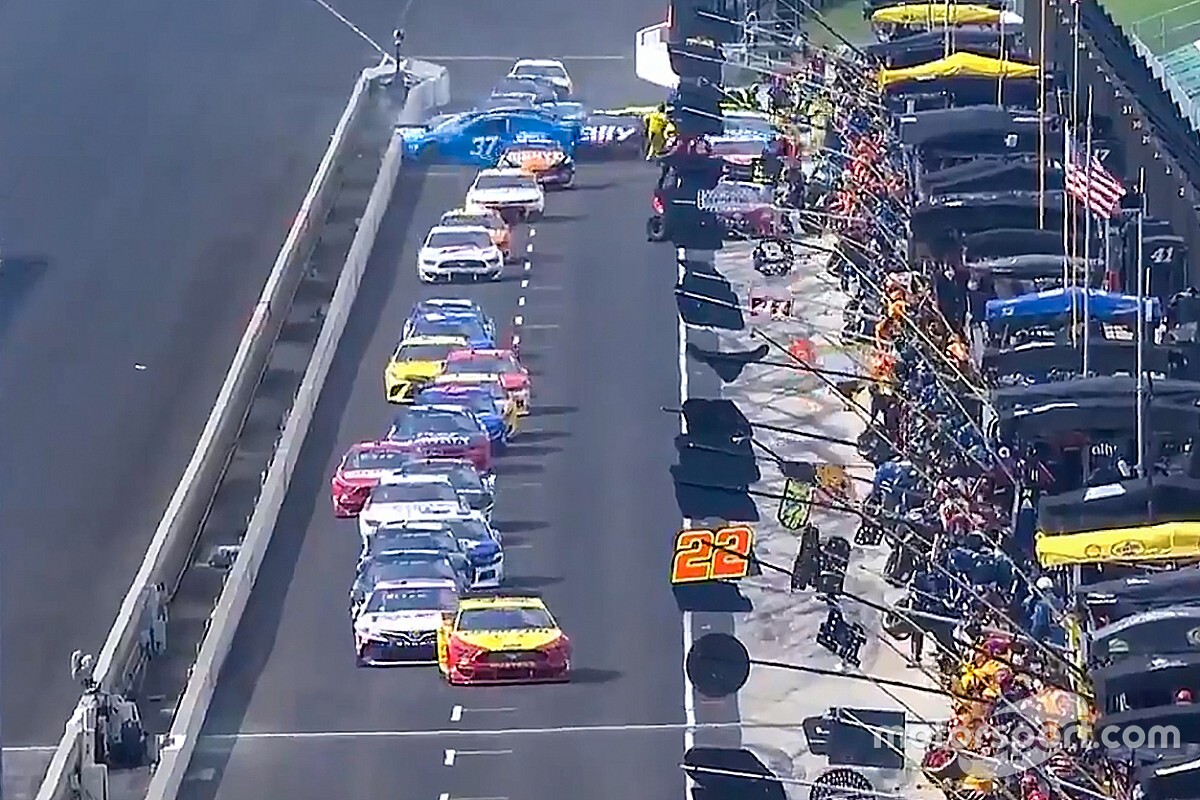 The Brickyard 400 was red-flagged on Lap 14 due to a multi-car accident on pit road.

Almost all the lead-lap cars elected to pit on Lap 14 during a scheduled competition caution. Several cars toward the back of the field suddenly got turned sideways in a stack-up, triggering a multi-car wreck. During the incident, a member of Ryan Blaney’s pit crew got struck by a car.

Blaney’s rear tire changer, Zach Price, was identified by the team as the injured member and was transported by ambulance to the infield care center. He was awake and alert at the time and gave a “thumbs up” signal.

Price was treated and released from Methodist Hospital. He will travel back to North Carolina with the team for further evaluation.”

As a result of the incident, Preece, Stenhouse, Allgaier, Truex, Poole and LaJoie all saw their races come to an early end. Allgaier was substituting for Jimmie Johnson, who announced on Friday he had tested positive for COVID-19.

"Even looking at the replay, I'm not sure what happened. It's disappointing. It was an honor to drive the 48 car today. It's just disappointing. I don't know if there was anything we could do differently," Allgaier said after being released from the infield care center.