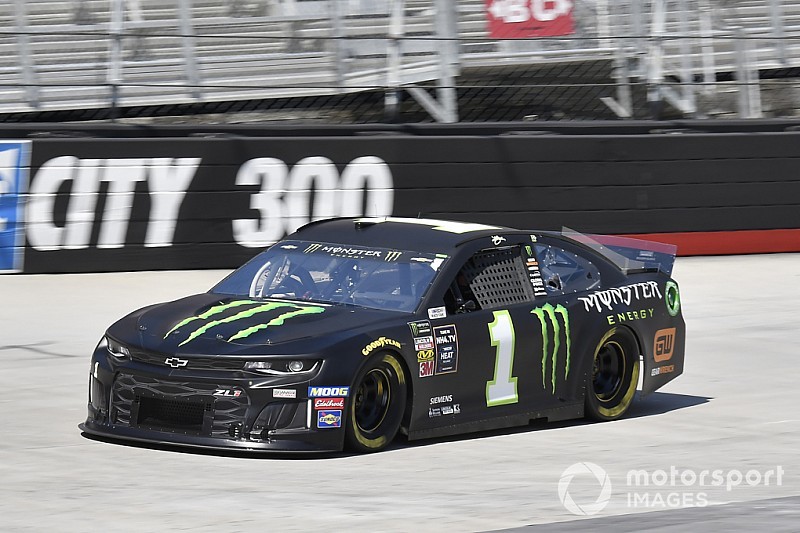 Kurt Busch held off Daniel Suarez in a two-lap finish to claim the Stage 2 win at Bristol.

A late caution in the 125-lap stage, brought several lead-lap cars down pit road but Kurt Busch remained on the track and held off a fast-approaching Suarez to the claim the stage win.

Following the break between Stages 1 and 2, all of the lead-lap cars elected to pit with Chase Elliott the first off pit road. On the restart on Lap 135, Elliott was followed by Kyle Larson, Martin Truex Jr., Kevin Harvick and Matt DiBenedetto.

On the restart, Harvick powered into the second position as Larson and Ryan Blaney battled for third.

With 100 laps remaining in the second stage, Elliott maintained a small lead over Harvick as Truex moved back into third. Blaney was fourth and Larson dropped to fifth.

On Lap 165, Harvick got around Elliott to take the lead for the first time in the race. One lap later, Truex moved into the second spot to challenge for the lead.

With 70 laps to go in the stage, Harvick maintained a small but consistent lead over Truex. Elliott ran third, Blaney fourth and Larson fifth.

On Lap 187, Hamlin was forced to make a green-flag pit stop for what he believed to be a loose wheel. When he returned to the track he was running 28th and two laps down.

Aric Almirola hit the wall off Turn 3 on Lap 190 after contact with J.J. Yeley to bring out a caution. The lead-lap cars elected to pit with Truex the first off pit road.

On the restart on Lap 197, Truex was followed by Harvick, Elliott, Larson and Jones.

With 50 laps remaining in the stage, Blaney got around Larson to claim the second position as Truex continued to lead.

On Lap 213, Almirola and B.J. McLeod made wrecked off Turn 2 to bring out another caution. Kyle Busch, who was one lap down, got the free pass and returned to the lead lap.

The race returned to green on Lap 220 with Truex in the lead followed by Blaney and Larson.

On Lap 227, Kurt Busch moved into the second position and began working on running down Truex for the lead.

After 240 laps, Truex held about a 1.7-second lead over Kurt Busch with Elliott running in third.

Clint Bowyer spun off Turn 2 on Lap 244 after coming down on Quin Houff to bring out a caution. Some of the lead-lap cars elected to pit while others stayed out and Kurt Busch inherited the lead. The race returned to green on Lap 249.

During the caution Harvick took his No. 4 Ford behind the wall with a transmission issue.