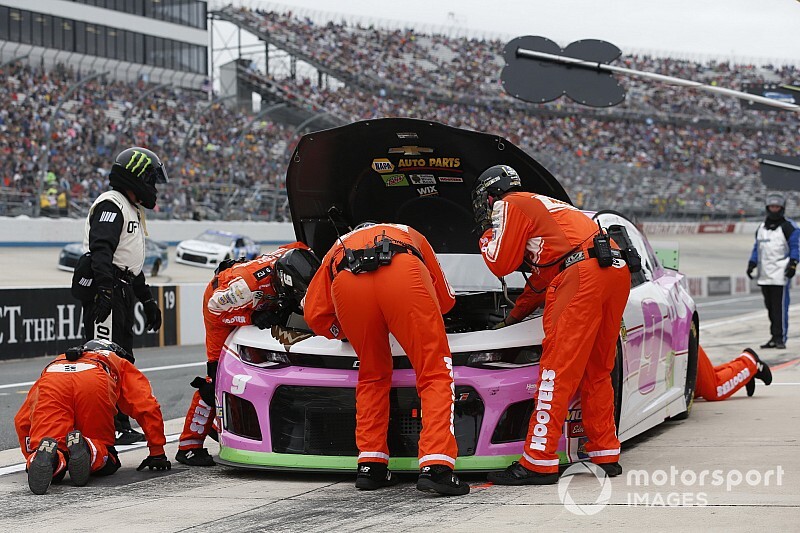 The Round of 12 is off to a rough start for several drivers after mechanical issues sidelined them Sunday at Dover.

The first to encounter a problem was reigning series champion Joey Logano.

Before the green flag even flew, Logano was forced down pit road with what appeared to be a broken axle. He returned to the race over 20 laps down and finished a disappointing 34th.

“Something back there wasn’t doing what it was supposed to do, so we had to fix that and we were 20-something laps down from there," he said. "You can’t make up 20 laps, that is for sure. Maybe you can get one or two back if things go right. It was a bummer. Things happen. I guess the good news is that I think we are the last one in right now. We definitely used our mulligan. We used the playoff points we accumulated, we just have to be perfect now. We have two really good race tracks coming up though. Talladega is arguably one of our best race tracks and I would say Kansas is as well. We just have to be perfect from here.”

Logano leaves the 'Monster Mile' tied with William Byron for the final transfer spot, having lost his entire points buffer.

Soon after, last week's winner Chase Elliott slowed on the frontstretch with an apparent engine failure. He was unable to return to the race and finished 38th, completing just eight laps.

"Yeah I just had an engine failure of some sort," he said afterwards. Unfortunately, we don’t really know what it was just yet. It just quit running. It didn’t really seem like anything was off. We were just kind of making laps and then obviously had a failure. It’s an unfortunate way to start this round for sure."

Elliott heads into Talladega Superspeedway seven points below the cut line, but he did win there in the spring.

Further into the race, Logano's Team Penske teammate Ryan Blaney went behind the wall due to a broken spindle. He retired from the race on Lap 297 and finished fifth.

Blaney in the toughest position of all playoff drivers after Dover, now 22 points below the cut line and 12th in the standings.

Could Jimmie Johnson be next to end a long winless streak?