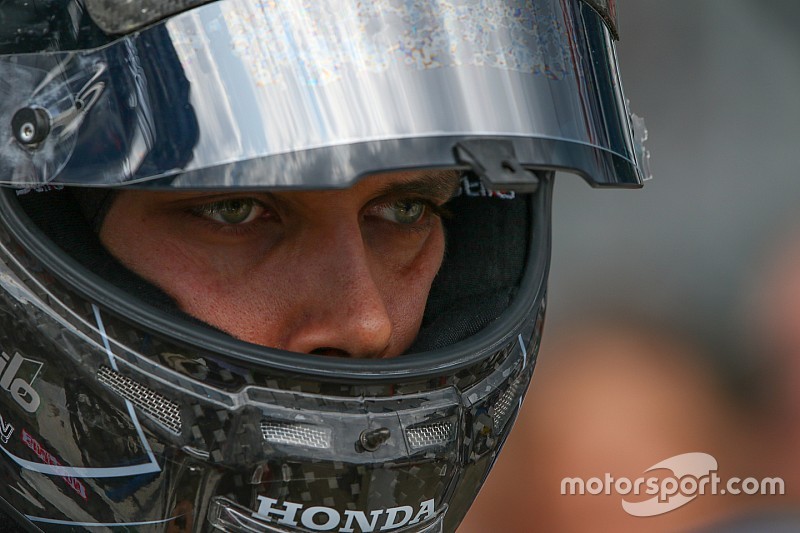 To read Motorsport.com full obituary for Clauson and the statement from his family, please go here.

Bryan Clauson was happiest when he was behind the wheel of a race car. In fact, the happiest day of his life may have been earlier this year on May 29, when he had his best Indianapolis 500 finish in the afternoon and drove a sprint car to the feature victory at Kokomo (Ind.) Speedway that night.

Clauson, 27, died Sunday evening from injuries sustained in a crash the night before at the Belleville (Kan.) Nationals midget race on the half-mile dirt oval. Clauson was airlifted to Bryan Medical Center in Lincoln, Neb., but did not survive.

"This is certainly a sad day for the racing community as a whole, and on behalf of INDYCAR and the Indianapolis Motor Speedway, we send our deepest condolences to the family of Bryan Clauson," said Mark Miles, CEO of Hulman & Co., the parent of INDYCAR and Indianapolis Motor Speedway. "Anybody who witnessed Bryan behind the wheel of a race car can attest to his elite ability, relentlessness and unbridled willingness to race anything on wheels. While he'll be remembered most as a legend of short-track racing, his participation in the Indianapolis 500 exemplifies his fearlessness, true versatility as a competitor and the pure depth of his talent as a driver."

“NASCAR extends its sincere condolences to the family and friends of Bryan Clauson, a passionate competitor whose love for racing fueled his unmatched positive spirit. He was a dear friend to many in the racing community, and he was loved and respected by all who knew him. He touched the lives of so many in our motorsports family, and his warm presence and relentless enthusiasm will be missed.”

"It's just terrible. It's a tragedy. That kid drove for us for a long time and did a great job. No matter how bad his day was, he always found a way to smile. Him and Lauren being engaged -- The Kid just had such a bright future and it was tough to start the day today. It hard when you lose them, but it's even worse when they are somebody that's as close to you as Bryan was. I feel for Lauren today and Bryan's parents and his sister. Thinking about that more than anything right now."

"He was a joy, a very talented kid. His drive was second to none ... We had a lot of good times in the Xfinity Series. It's awful, I still can't believe it."

"Our heartfelt feelings go out to Bryan's family, his fiancée Lauren and all that had the luck to get to know Bryan.  He was a true racer and a great person. His death leaves a void in all of us that got to know him."