Ragan takes a ride through the grass 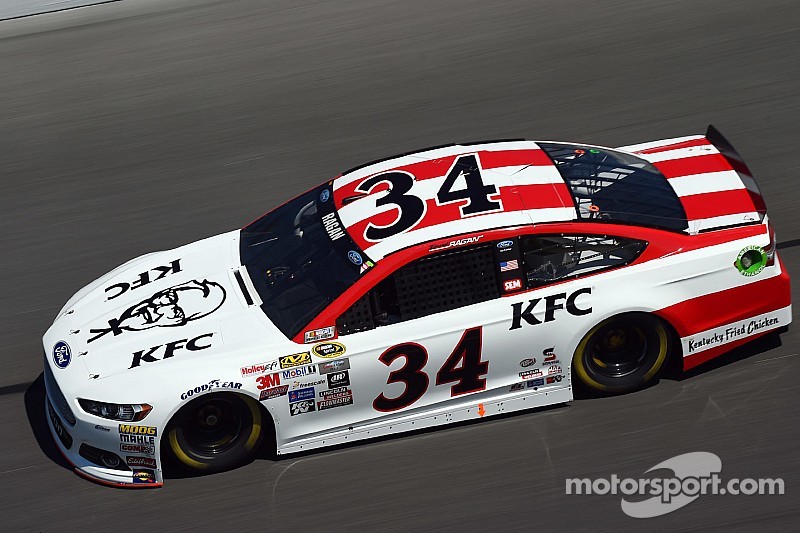 DAYTONA BEACH, Fla. – David Ragan lost control of the No. 34 Ford, collided with Justin Allgaier and went skidding through the frontstretch grass at Daytona International Speedway on Thursday night.

The field on the second Duel qualifier was coming to the line on Lap 20 when Ragan's Front Row Motorsports Ford broke loose.

“The steering wheel is straight, just get me clearance so I don’t cut a tire,” Ragan radioed to the crew.

Ragan was running 14th at the time. He restarted 23rd,  one lap down, on Lap 24 after he was assessed with a penalty for passing through too many pit boxes and his crew coming over the wall too soon.

Allgaier received minor damage but also received a penalty for his crew coming over the wall too soon.

When the second caution occured on Lap 36, Ragan returned to the lead lap.