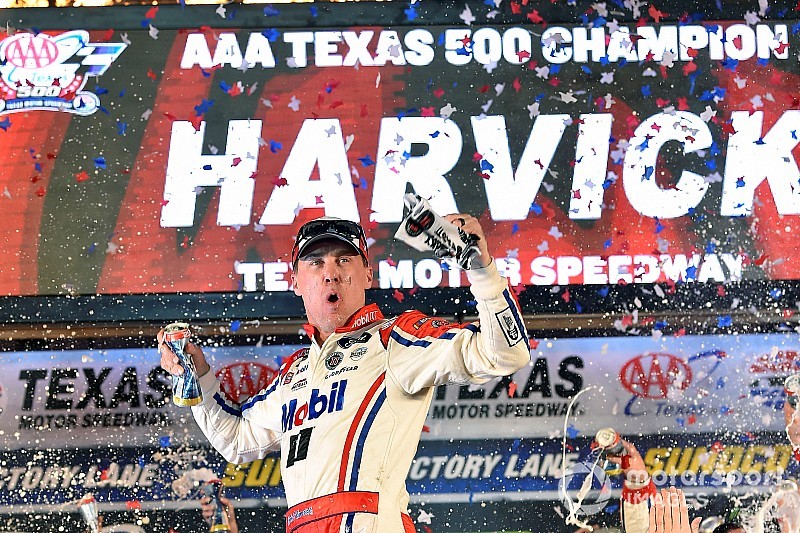 Kevin Harvick knows success in NASCAR can been fleeting, disappearing almost as quickly as it materializes.

Even now, with an opportunity secured to compete for the Monster Energy NASCAR Cup Series championship for the fourth time in five seasons, Harvick is never far from a reminder of what could be.

“Here is my reality check. Jimmie Johnson hasn’t won a race this year, and isn’t king of the mountain,” Harvick said of the seven-time series champion.

“When that type of stuff happens, you see scenarios like that, you have to be real with yourself to say that these are scenarios that you better enjoy because they probably won’t last forever.”

Even in a season like this one, in which Harvick has won a career-best eight races, there have been opportunities for other wins that he and his No. 4 Stewart-Haas Racing team have let slip through their grasp.

“We’ve been fortunate to have been in this position for the last five years. We’ve capitalized on a lot of race wins, a championship, put ourselves in position to win a few other championships (but it) just didn’t all work out,” Harvick said.

“You need to capitalize on every moment, on every fast car, on every chance you have to win a championship because at some point there’s going to be some tougher times in there.”

After another dominant victory in Sunday’s AAA 500 at Texas Motor Speedway, in which Harvick also won both stages, it’s hard to envision difficult times.

He and Joey Logano now make up half of the four-driver contingent that will decide the 2018 series championship.

Joining SHR made all the difference

But when Harvick moved to SHR from Richard Childress Racing beginning with the 2014 season at age 38, there were no guarantees of success.

Yet in nearly five seasons at SHR, Harvick has won 22 races – almost as many has he won in the first 13 years of his career (23), including his first series championship (2014).

The success is even more impressive when you consider the changes that have taken place at SHR during his tenure, including different teammates and the organization’s move from the Chevrolet to Ford camp last season.

“I think our team has been kind of that rock that sets the foundation at Stewart-Haas Racing,” he said. “I think as you’ve seen, the change to Ford, which everybody thought we were crazy, I think the bottom line is we’ve got more resources and things we can keep within our own walls.

“I don’t believe we’ve reached the potential of where we can be, but I think you see the progress of things that have happened when you see how all four cars are running. That’s not easy to do.

“That says a lot about the company, a lot about the people that put these cars together on a week-to-week basis. It takes a lot of time, effort, detail, people (and) money to do that.”

Martin Truex Jr.: "I'm telling you, God is testing us"

Almirola hints he will retaliate after Logano spat in Texas