Richard Petty confirms Hornish is out at the end of 2015 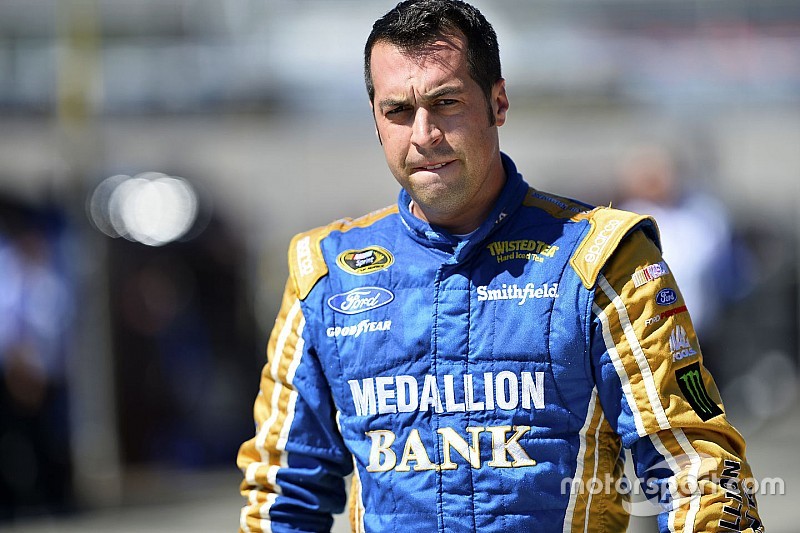 Richard Petty confirmed on Saturday that Sam Hornish Jr. will not return to the No. 9 Ford in 2016.

Hornish, who is 25th in the Sprint Cup point standings, has just three top 10s this season. His best finish was sixth at Talladega Superspeedway in the spring.

Petty told reporters that RPM is “still working on what we’re gonna do with the 9 car and crew and all that stuff.”

“Things are looking up,” Petty added. “We’ve got some stuff coming down the pike, but we don’t have it corralled yet.”

David Ragan — A journeyman racer with Ford ties and two career Cup wins. Ragan, 29, has nine full seasons in Cup but his best finish in the standings was 13th. Ragan was in a difficult position earlier this season when he filled in for Kyle Busch in the No. 18 Toyota. However, upon Busch’s return the team went to Victory Lane four times. Ragan, who was as high as 10th after Texas in the spring, is currently 28th in the standings — behind Hornish albeit with a lame duck team at Michael Waltrip Racing.

Chris Buescher — The current Xfinity Series points leader showed promise with limited Sprint Cup starts in the No. 34 Front Row Motorsports Ford. With very little preparation, Buescher posted top 25 finishes in four of six starts. The 2012 ARCA champ has 10 wins in that series in 57 starts. Buescher, 23, is consistent and takes care of his equipment. While he would make a great addition to RPM, it has been rumored that Roush Fenway Racing only wants to loan out Buescher for a year. A similar situation between RFR and the Wood Brothers with Trevor Bayne did not prove beneficial for the No. 21 team — after the rookie won his one and only race at Daytona.

Darrell “Bubba” Wallace — Wallace has collected wins in the K&N Pro (six) and Camping World Truck Series (five) in 80 starts as he’s climbed the NASCAR ladder. But he’s been unable to develop the necessary consistency in the Xfinity Series. In 37 starts, Wallace has just three top-five finishes and two poles. His average finish in his first full season in the NXS is 12th — nearly four positions off of his teammate Buescher. While some pundits might blame the Roush Fenway Racing equipment for Wallace’s numbers, Buescher’s two wins, 11 top fives, 20 top 10s and 263 laps led would prove otherwise. While there’s no doubt that Wallace has the potential to race at the Cup level, the 23-year-old needs a little more seasoning before he’s prepared to make the jump.