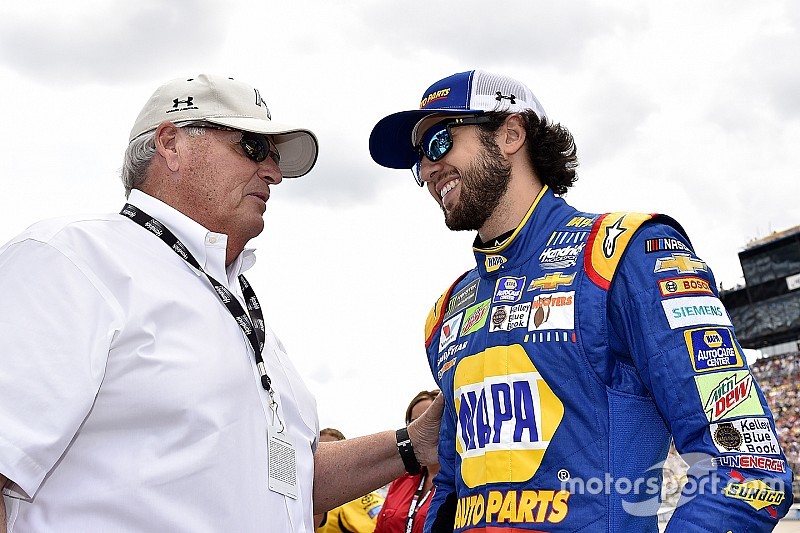 Team owner Rick Hendrick hated Chase Elliott had to wait so long for his first NASCAR Cup Series win but believes it could have a lasting effect.

Elliott’s victory Sunday at Watkins Glen (N.Y.) International was the first of his career and came in his 99th career Cup start. It also ended a 37-race winless streak for Hendrick Motorsports and gave the organization its 250th series win.

“Chase is such a great young man and such a super, unbelievable driver and he should have had this win his first season,” Hendrick said. “He should have about, I don’t know, seven or eight wins.

“I hated he had to wait this long, but boy what a show he put on pressing two of the best in the business and being up there all day and not making mistakes. He has got an awesome amount of talent.

“I think today was a statement – a road course, battling Kyle (Busch) and Denny (Hamlin) and Martin (Truex, Jr.).”

Hendrick said he hopes Elliott’s win will bring added momentum to an organization that was already seeing a turn of fortune in the last several weeks.

“This is the right time to be closing the gap and building that momentum. I’m so proud of all the folks at Hendrick Motorsports for keeping their head down and working hard,” he said. “When you go to a new car there are some things you’ve got to figure out, and then we had some organizational changes with the way we do business and putting everybody in one building.

“We had a lot of change, new drivers, young drivers, but I feel really good about the future. I feel good going into the playoffs. It’s going to be super competitive, but I think we know we still have a lot of work to do.

“This is going to motivate our people to just step it up again. It’s a great shot in the arm for the whole organization.”