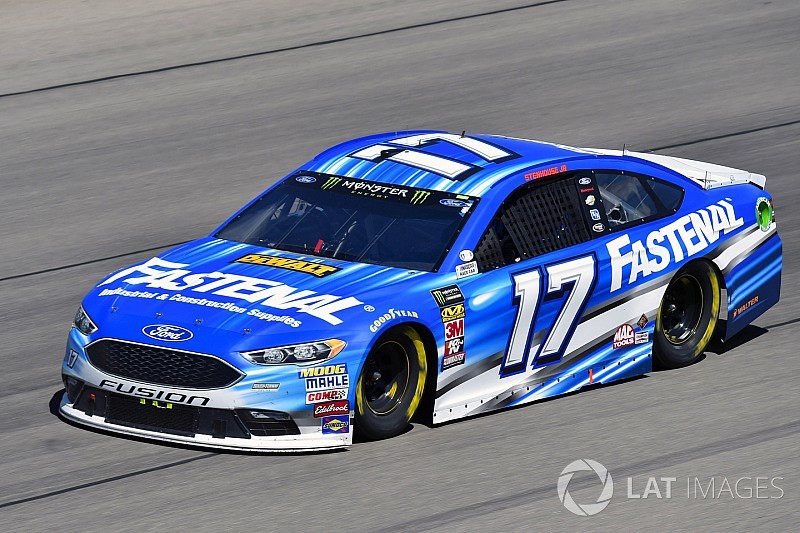 Coming off of his best finish of the season at Bristol (Tenn.) Motor Speedway on Monday, Roush Fenway Racing driver Ricky Stenhouse Jr. shared some more good news at the team headquarters in Concord, N.C., on Tuesday.

Stenhouse and team principal owner Jack Roush announced that SunnyD, Fastenal and Fifth Third Bank have all extended their agreements with the team through the 2021 season.

All three partners have enjoyed a previous relationship with the team with Fastenal already featured on the cars of eight drivers at Roush Fenway Racing in both the Cup and Xfinity Series.

Fifth/Third was on the car last season during both of Stenhouse’s Cup Series wins at Talladega (Ala.) Superspeedway and Daytona International Speedway, respectively.

“It’s an exciting day for everyone here at Roush Fenway Racing,” said Stenhouse. “I’m thankful for all of their support over the years and I’m really looking forward to continuing our partnership with Fastenal, Fifth Third Bank and SunnyD for three more years.

“I’m grateful they took a chance with a rookie driver. I look forward to many years to come and hope we can all battle together for a championship.”

“We’re extremely proud of our relationships with Fastenal, Fifth Third Bank and SunnyD, both personally and professionally,” said Newmark. “Strong partners are the foundation to the success of any NASCAR team and we believe we have the best in the sport.”

Fastenal will continue to serve as the anchor partner of the No. 17 car and increase their number of primary races with the team. SunnyD and Fifth Third Bank will also play a major role with the team serving as primary sponsor in multiple events over the next four seasons.

NASCAR's France family to be honored for motorsports legacy