NASCAR Sprint Cup drivers return to Michigan with the cut for the Chase looming.

Greg Biffle’s most recent top-five finish was a victory in June’s race at Michigan International Speedway.

Sunday’s Pure Michigan 400 (1 p.m. ET on ESPN, MRN Radio, SiriusXM Radio) sets up quite nicely for the driver of the No. 16 Roush Fenway Ford. Biffle, the defending winner of the two-mile track’s August event, is in pursuit of his third consecutive victory at MIS and fourth win overall.

Convergence is a wonderful thing. Biffle re-visits one of his best tracks when he most could use some momentum. Ninth in current NASCAR Sprint Cup Series standings, the Vancouver, Wash. native effectively is hanging on to a provisional Chase berth by his fingernails.

Biffle is “in” – but just barely. He’s just four points ahead of 11th-place Kurt Busch, a former Roush Fenway Racing teammate. Provisional Wild Card holder Kasey Kahne, dumped from the top 10 last Sunday by a late-race accident at Watkins Glen International, is another marker back in 12th. 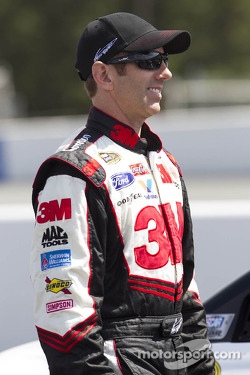 Biffle has insurance. His Michigan victory could translate into a Chase Wild Card entry.

Still, 10th-place Martin Truex Jr., Kahne and Indianapolis winner Ryan Newman aren’t far enough behind to make a Wild Card a sure thing. Another victory, perhaps, would be Biffle’s guarantee of punching his post-season ticket.

Biffle, whose 110.0 Driver Rating is tops at the track, isn’t the only contemporary RFR driver with success at MIS. Teammate Carl Edwards owns a pair of victories, in 2007-08 and boasts a series-high average finish of 8.1.

Keselowski Focused On Victory, Not Points

Brad Keselowski thrives on pressure and the next four weekends should provide plenty of it. 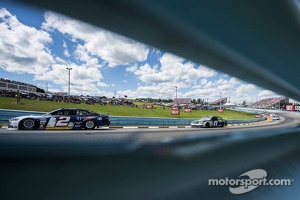 The reigning NASCAR Sprint Cup Series champion continues to pursue his first victory of 2013 and fight for a spot in the Chase for the NASCAR Sprint Cup™. Keselowski has bounced in and out of the top 10, a third consecutive second-place finish at Watkins Glen International boosting the competitor to eighth in the standings – a gain of four positions.

A victory is primary for Keselowski, especially this weekend when the Rochester Hills, Mich. native drives the No. 2 Penske Racing Ford in front of hometown fans. He’s yet to win at Michigan International Speedway finishing second and third in the last two August events at the two-mile track.

“The repaved style of track hasn't been one of my favorites or go-tos, but we're very optimistic that we can at least get a solid finish like we did in the spring there,” said Keselowski, who finished 12th in Michigan’s June race. “I really see no reason why we can't sustain our position in the points if not improve it before the Chase starts.”

Many would take a Chase berth through any means – race in or qualify with the help of other competitors. Keselowski is not among them, believing his team must show it can be a contender and not just take up post-season real estate.

“I would rather have a win or two and be a Wild Card than finish seventh or eighth and squeak my way in without any wins because the momentum of a win and the confidence builder it instills in both yourself and the fear that it puts in your competition is more than worth it,” he said following last Sunday’s runner-up finish.

Still, there’s a matter of pride in qualifying for the Chase as the reigning series champion. Only 2005 champion Tony Stewart has failed to make the following season’s post-season competition during the Chase era.

Johnson Clinches – And Might Stand Alone For A Bit

Jimmie Johnson has piled on the superlatives during this 2013 season, which just might go down as one of the all-time best years in NASCAR history (of course, there’s that “championship” thing that still needs winning). 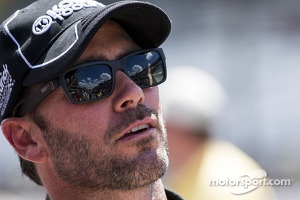 He’s won the Daytona 500. He’s won the NASCAR Sprint All-Star Race. After the second Pocono race, he led the standings by 77 points – the highest ever since NASCAR went to the point-per-position system in 2011.

And at Watkins Glen, he clinched a spot in the 2013 Chase for the NASCAR Sprint Cup. He continues to be the only driver to make every single Chase since its inception in 2004. Johnson’s clinch also matched the earliest clinch in Chase history, tying Jeff Gordon who also clinched at The Glen in 2007.

But maybe the most astounding part of it all: We might have to wait an entire two weeks before someone else clinches. That’s how dominant Johnson has been compared to the rest of the field.

A few drivers can clinch this Sunday at Michigan, but will need lots of help from others. The magic number for this weekend is 145. Any driver 145 points ahead of 11th place leaving Michigan will clinch a top 10 Chase spot. Clint Bowyer (currently 110 points ahead of 11th) and Carl Edwards (105 points) are in a position to clinch.

Matt Kenseth can clinch at least a Wild Card berth with a win, but it’s not guaranteed, since a win won’t necessarily lock Kenseth into the top 20 – a necessity for a Wild Card spot.

Busch’s ‘Good Year’ Getting Even Better

Kyle Busch hasn’t clinched a spot in this year’s Chase for the NASCAR Sprint Cup™.

Not yet, anyway. Math notwithstanding, it’s inevitable Busch will qualify – and likely as a top-10 points finisher during the regular season.

Busch’s Watkins Glen victory was the driver’s third of the 2013 season. He ranks fifth in the standings – his highest since early spring when Busch reached the runner-up spot after winning in Texas. The current campaign is nothing like that of a year ago in which Busch went to Richmond needing to win and fell short. 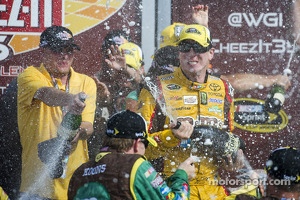 His No. 18 Joe Gibbs Racing Toyota has been among the fastest in the field regardless of track configuration. Busch has led 12 of 22 races and is peaking at the right time with four consecutive top-10 finishes that include the Glen victory and a runner-up finish in New Hampshire.

“This has been a good year for us,” Busch said in his post-race interview.

Busch won Michigan’s August event in 2011 and finished fourth at MIS in June.

Two other former Michigan winners bear watching on Sunday. Kevin Harvick won in August 2010 and finished second to Greg Biffle in June. Ranked fourth, Harvick appears headed for an eighth Chase appearance in his final season behind the wheel of the No. 29 Richard Childress Racing Chevrolet.

A top-10 finish at Watkins Glen moved Kurt Busch closer to the top 10. He trails 10th-ranked Martin Truex Jr. by two points. The elder Busch brother is a two-time Michigan winner, most recently in August 2006.

The injured Tony Stewart likely will miss this year’s Chase, however, his No. 14 Stewart-Haas Chevrolet remains the No. 2 owner Wild Card after Max Papis’ 15th-place finish at Watkins Glen. NASCAR Nationwide Series points leader Austin Dillon will drive the car this Sunday at Michigan where Dillon recorded his best Sprint Cup finish of 11th in June.

Manufacturers Vie For Pride – And The Hardware

Any trip to Michigan International Speedway inevitably leads to storylines surrounding manufacturer rivalries – and a little more incentive will be added to that competition this weekend.

In the shadows of Detroit, the American automobile capital, MIS will award a Manufacturer’s Trophy to the winning manufacturer – Ford, Chevrolet or Toyota. The winner will take home a trophy for keeps until the next Michigan race, and the manufacturer and MIS also will donate $10,000 that will be given to a youth-related, STEM-related charity in Michigan.

This year’s battles have been intense, and the standings show it – all the standings. In the Manufacturers’ Championship standings, Chevrolet leads Toyota by a scant 12 points (and 10 wins to 9).

In the drivers points, all three manufacturers populate the top 10. Toyota has four drivers in the top 10; and Ford and Chevrolet have three each.

Ford has won two consecutive MIS races (both with driver Greg Biffle), and there has been three different manufacturer winners in the last four races.

Last Sunday, Carl Edwards scored a fourth-place finish – his 99th career top-five finish. His next top five would make him the 37th driver to reach 100 top fives and tie him with Geoff Bodine on the all-time list. Edwards has nine top-five finishes in 18 starts at Michigan. … Jamie McMurray will make his 600th NASCAR national series start this weekend at Michigan. … Mark Martin looks to score his 400th NASCAR national series top-five finish this weekend, and become only the second driver to do so. Richard Petty leads all drivers in top fives with 555.

Watkins Glen shakes up the points

What time and channel is the NASCAR playoffs at Talladega