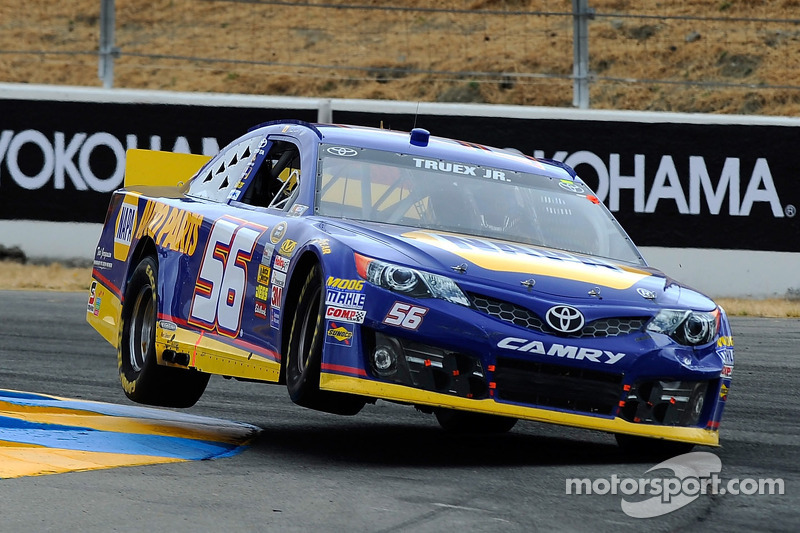 Road courses are always entertaining for NASCAR stock cars, should they be doing more?

It’s finally that time of year.

NASCAR’s bi-annual trip to a road course. I could not be happier.

Both the road courses that NASCAR’s top division visits each year are brilliant. Aside from the brown Californian desert look, Sonoma’s elevation changes coupled with some high speed corners and great spots to pass make for an entertaining race each year.

Many stock car racing purists voice their opinions that NASCAR on a road course is boring, or stupid as they are built for the oval.

But I could not disagree anymore. The challenge of being able to build, setup and drive a 3,400 lb stock car on a road course is great. And then there is the fact of the host of ‘otherdrivers who seem to excel on road courses.

Guys like Marcos Ambrose and formerly Juan Pablo Montoya are always in the running, and while the ‘ringer movement has subsided, it doesn’t stop one or two one-off entries.

Personally, I feel that there should be at least one, if not two more road courses on the cup series schedule. The simple fact that the road course ringer movement has subsided, and guys who never used to excel on road courses have become incredibly well rounded racers in anything and on an track, they deserve to turn left and right.

Michigan and California are identical. So are Kansas and Chicago…Oh…and Charlotte and Texas…

I suppose I understand that these tracks have differences and are actually very different to the drivers and crews, but I would prefer to watch either Sonoma or Watkins Glen than ANY race at any of those tracks.

And I think there are a good number of fans who feel the same way.

Every road course has personality, not one is the same as another. Cutting two races out of an already busy 34 oval schedule wont even be noticed… lets give fans more of this…

Danica Patrick is ready for a track with twists and turns