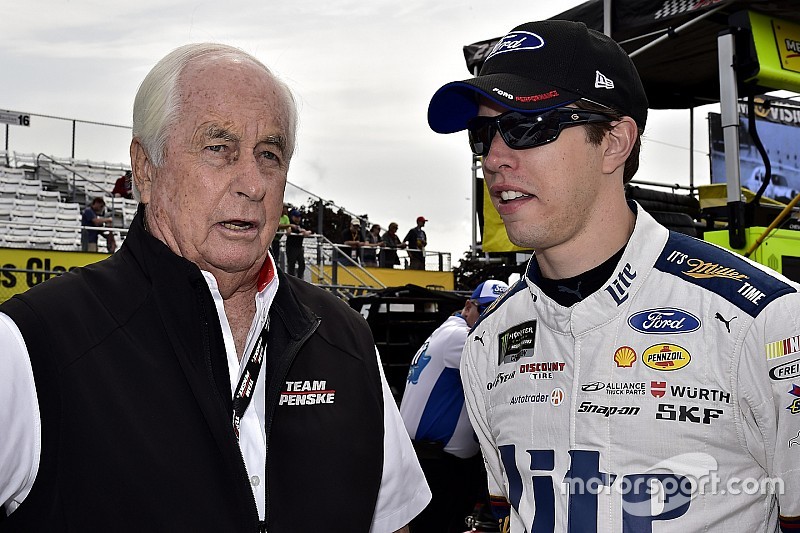 Team owner Roger Penske was obviously happy with the win at Atlanta but also with the debut of the new aero package in the NASCAR Cup Series.

All three of Team Penske’s drivers took turns leading Sunday’s QuikTrip 500, with Brad Keselowski emerging with his first victory of the young season.

The race also featured the use of most of the elements of a new aero package, which features less horsepower and more downforce. Many tracks will employ the use of front air ducts but the Atlanta race, with its high tire fall-off, was not among them.

“I’d have to say a solid B. No one gets an A on their first exam I don't think, but I'd say it's a solid B for NASCAR today,” Penske said Sunday night when asked how he would grade the package’s debut. “There were drivers, Brad included, and Joey (Logano) twice who could come from the back and come up so they could pass cars.

“I thought the one thing that was amazing to me was someone on the high line could run the low line going into (Turn) 2 and stay with them and drag them back going down the straightaway. There’s some things you don’t see normally with the faster speeds.

“The cars seemed to be more in control. You didn’t see any accidents, which maybe the fans like that, but I thought overall, the package showed well, and to me, it’s going to be interesting to see what happens at Las Vegas.”

All features of the aero package, including the front air ducts, will be in use next weekend at Las Vegas. Teams tested at Las Vegas last month.

Penske said Sunday’s race also dispelled myths some fans held about what they would see on the track.

“Overall it wasn't a crash fest, which everybody said it was going to be potentially, and to me, inspection process was good,” he said. “It looks like there's a lot of equal cars running out there.

“It’s going to come up to the drivers and the strategy, which is what we want, and to me, we’ll see how it plays out. I was quite happy with the outcome personally for our team, and we’ll look forward to seeing what happens in the next couple of weeks.”