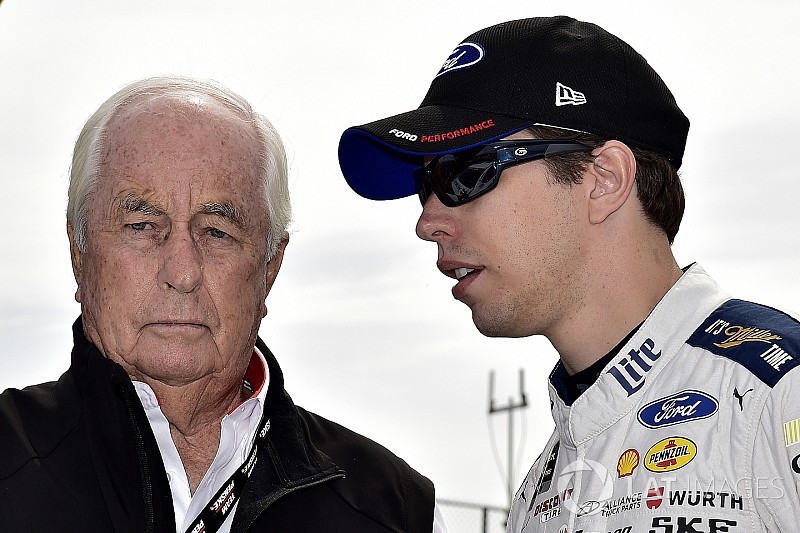 “I don’t know of anyone that has accomplished as much across all levels of motorsports as Roger Penske. I don’t know of anyone in motorsports that is as respected among all levels of racing and business as Roger. He’s my personal mentor and my personal hero. He has helped me immeasurably, both in racing and in business. I can’t say enough about Roger; he’s just an all-around fantastic person.”

“For me, driving for Roger Penske was the fulfillment of a lifelong dream. You know he’s going to give you the tools to win and you want to hold up your end of the bargain. There’s a great amount of desire that takes place for someone to be a NASCAR team owner and it takes an even larger commitment of the most precious resource: time. There shouldn’t be a Hall of Fame that doesn’t have him in it and it’s without question that he should be in the NASCAR Hall of Fame.”

“Roger’s contributions as a car owner combined with his contributions as a track owner put him in an elite category. There are many car owners who have won races in the series and a lot of car owners who’ve won championships, which he’s done, but what he was able to do for the sport, professionally from a sponsorship and track perspective, really put him in a unique category to me. When you drive for Roger Penske, you are driving for someone that has raised the bar and challenges you to do the same. You just learn a level of professionalism that he’s brought to everything he touches.”

“It’s an amazing accomplishment to be in the NASCAR Hall of Fame. It’s one of, if not the biggest thing you can do in our sport. The reasons why Roger is in there are very much deserving, not only from the competition side, but also as a track owner and the way he’s helped build our sport into what it is. I think a lot of that is hidden; a lot of people don’t know Roger was a driver or that he saved Michigan International Speedway from bankruptcy and built Auto Club Speedway. His success across the board in all forms of motorsports is incredible. It’s always been an honor for me to race for him and to be part of the amazing legacy he’s created for himself.”

“Roger has been a tremendous influence not only in my racing career, but for the motorsports industry worldwide. The Penske name has become a symbol of success on and off the race track. I cannot think of anyone more deserving of this honor. Without his leadership and knowledge, I wouldn’t be where I am now.”