Ryan Blaney: "I think that things will eventually go our way" 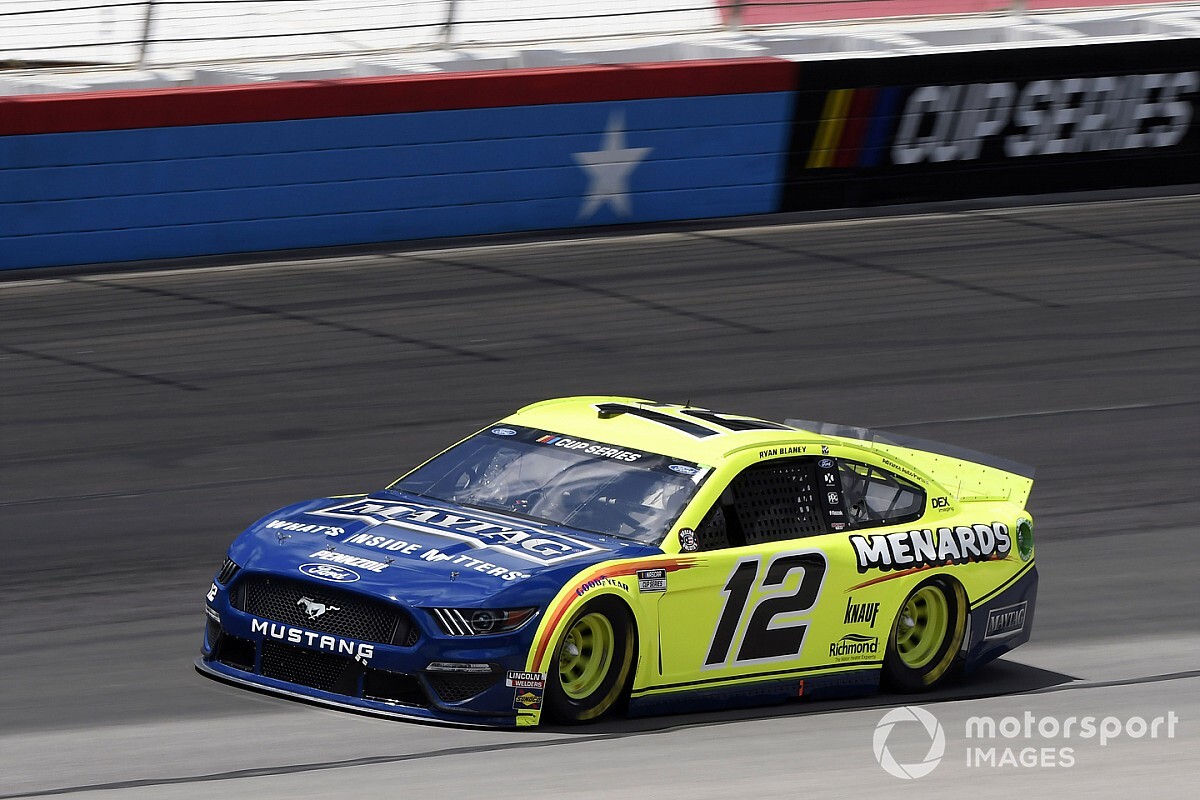 Ryan Blaney dominates a race with car that can win but comes up short of victory – it’s become a familiar refrain for the Team Penske driver this season.

As the final round of green-flag pit stops began to draw to a close late in the race, it appeared the race win would come down to a duel between Denny Hamlin and Blaney.

A caution during the cycle of stops tossed the various race strategies into chaos and both Hamlin and Blaney – who both had recently pit before the caution – got trapped back in the field. Hamlin ended up involved in two accidents in the final 22 laps while Blaney could only rally for a seventh-place finish.

“There’s nothing you can do about it in the situation, just something you have no control over, so there’s no point in dwelling on it and what happened – just be proud of the effort that the team made and that you had a really fast car,” Blaney said after the race.

“Honestly, I don’t know what the opposite material of a golden horseshoe is, but we’ve found it. We’ve just kind of been unlucky a lot of the year with really fast cars and just cautions when we didn’t need them or just bad breaks.

“Gosh, we feel like we should have four or five wins at this point.”

Still, Blaney remains in a very strong position to contend for his first Cup Series championship.

He is now second in the series standings and his victory at Talladega (Ala.) Superspeedway has already locked him into the playoff field.

Blaney would still like to capitalize on the strong runs he and the No. 12 Ford team have produced this year with wins and the five playoff points that come with each one.

“There’s really two ways you can approach it. You can be a little upset and ticked off that things aren’t going your way, or you can just think about the good things that our cars are really fast right now,” he said.

“We’ve been capable to win a lot of races this year, it, like I said, hasn’t played out for us. It’s frustrating at the time, but there’s no point in dwelling on things. You just focus on what you need to do and that’s just keep bringing fast race cars.

“If you keep running up front and leading laps, I hope and I think that things will eventually go our way.”