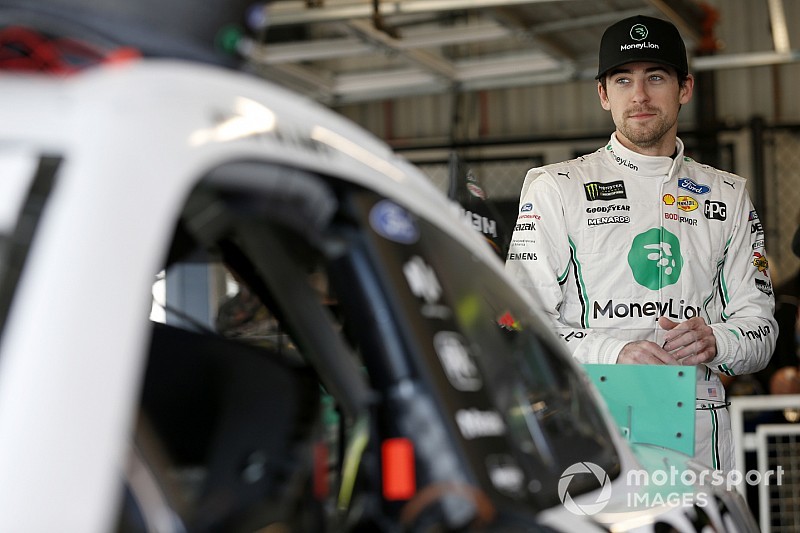 Ryan Blaney still needed to clean some stuff up in Sunday’s race at Phoenix, but when he did, he found himself with a shot to win.

Blaney wrecked out of the season-opening Daytona 500; led 41 laps at Atlanta but ran over his car jack during a final stage pit stop; and had a valve stem knocked off the left rear wheel early in last weekend’s race at Las Vegas.

His Penske teammates had both already won races but Blaney rolled into Phoenix with a lot of speed, winning the pole and among the fastest cars in practice.

Blaney wanted a “clean race,” but once again his No. 12 Ford team ran into trouble. He pit on Lap 196 of 312 but had to come back down again the following lap for a tire that had loose lug nuts.

This time, however, he was able to rebound.

On Lap 240, Blaney was able to move up to the runner-up position behind then-leader Aric Almirola. On Lap 252, Blaney made his way into the lead.

From there, Blaney had to battle saving fuel while also trying to keep a fast-approaching Kyle Busch at bay. Busch finally got around Blaney with 15 laps to go and Blaney then focused on finishing the race with enough and ended up third.

“Honestly, we hung on better there on two tires (on the last pit stop) than I thought we would. I was kind of riding trying to save tires, save gas,” said Blaney, who led a season-high 94 laps. “They were telling me we were really close on gas just doing two (tires).

“I think (Busch) was kind of riding back there, too. I think they knew what situation I was in. I got to the lap cars, and I was done. Then when we got passed for the lead, I was just full-on fuel save mode.”

Blaney had shown just as much speed so far this season as his teammates, Brad Keselowski and Joey Logano, who had won the last two races.

He was anxious to show he was just as capable of running up front as the rest of the organization.

“This was a good recovery. We had to come back in for a wheel that was going to be loose,” Blaney said. “Two tires was the right call. I don’t think we would have run third if it wasn’t for that.

“It definitely is a good weekend after the start of the year we’ve had. This is where this team deserves to run. Hopefully, we can just keep moving forward.”