Team Penske announced today that 20-year-old Ryan Blaney will expand his driving duties for its championship-winning program beginning in 2014. The third-generation driver will compete in 15 NASCAR Nationwide Series (NNS) races with Team Penske in 2014 and will also make his debut in the NASCAR Sprint Cup Series (NSCS), running at least two events behind the wheel of the No. 12 SKF Ford Fusion with the first coming at Kansas Speedway in May.

Blaney’s first Nationwide Series start of 2014 is scheduled to come at Bristol Motor Speedway on March 22. The remainder of his NNS schedule will be announced at a later date. In addition to Kansas, Blaney’s other scheduled Sprint Cup Series start will come at Talladega Superspeedway in October.

“I am excited to continue my racing career with Team Penske,” said Blaney, who’s earned one win, two top-five and eight top-10 finishes in 10 starts behind the wheel of the No. 22 over the last two years. “I’m really looking forward to racing more in the Nationwide Series and it will be a dream come true for me to race in the Sprint Cup Series. I want to thank Roger Penske, our team sponsors and everyone at Team Penske for this opportunity and for believing in me.” 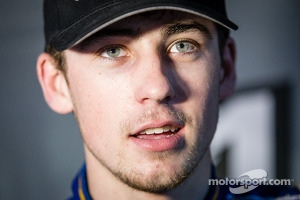 In addition to his expanded schedule for Team Penske this season, Blaney will also continue to race full-time in the NASCAR Camping World Truck Series for Brad Keselowski Racing (BKR), the team owned by Blaney’s Team Penske teammate. Blaney, the son of Sprint Cup Series driver Dave Blaney, has produced two wins, one pole and 16 top-10 finishes in 28 Truck Series races for the BKR team over the last two seasons. He finished sixth in the series point standings last season.

“We believe Ryan is one of the most promising young drivers in NASCAR and we want to continue his growth and development with Team Penske,” said team owner Roger Penske. “Ryan’s win at Kentucky in the No. 22 car last year showed what he is capable of and we hope to experience many more moments in Victory Lane with him in the coming seasons.”

Blaney joined Team Penske in 2012 and has raced in select Nationwide Series events for the organization over the last two seasons. He earned his first NNS victory when he won in the No. 22 Discount Tire Ford Mustang at Kentucky Speedway last September. Blaney was one of four drivers to win races behind the wheel of the No. 22 Team Penske NNS car last season en route to earning the team’s first Nationwide Series owner’s championship.

Austin Dillon to proudly carry No. 3 on his Sprint Cup Chevrolet

Newgarden: Palou is “most complete” of IndyCar’s new stars

Newgarden was calculating grip loss to win at Mid-Ohio