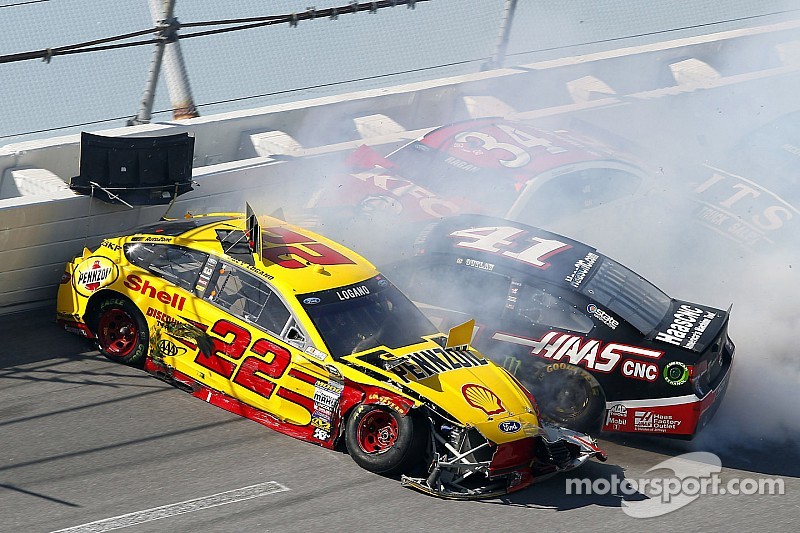 It's been nearly 17 years since the call was made to create a soft wall solution for auto racing, but with recent injuries, that system, and its 100 per cent installation at tracks has become a headline topic.

Racing fans new to NASCAR, or any other professional racing series worldwide will have heard a lot of rumblings recently about the SAFER Barrier, Kyle Busch and now, Jeff Gordon.

After some high profile injuries and deaths from heavy impacts with solid and stationary concrete, a call went out to the engineering community to come up with a system that would lessen the impact against concrete walls for race car drivers.

The SAFER Barrier as we know it today began its life in the mind of what is now known as the IndyCar Series and project leader Dean Sicking of the University of Nebraska-Lincoln’s road safety facilities.

But first, the PEDS or Polyethylene Energy Dissipation System came along. It was a fish-scale like installation of thick polyethylene cylinders and plates placed at the Indianapolis Motor Speedway’s inside wall off of turn-4. A notorious spot for some pretty heavy impacts.

It took only two months for that system to be tested. Arie Luyendyk clobbered the wall in an IROC race in 1998, and showed the potential energy reduction of a heavy impact. That early “soft wall” system was developed by retired General Motors engineer John Pierce, and again funded by the IndyCar Series. Quickly however, the system was removed because of its tendency to catch, rebound and spin a car as well as completely litter the track with debris.

The more modern system we know today, the SAFER Barrier was first installed at Indy in 2002, and has become a fixture at many ovals around the country and the world. It took until 2006 for a facility to install the system around the entire circumference of the track with Iowa Speedway taking the lead.  While every oval that hosts IndyCar and NASCAR have the SAFER Barrier, some tracks still do not have it on all potential impact areas.

Back to Kyle Busch and Jeff Gordon. Busch was injured heavily in a large impact with the inside wall during the Xfinity race at Daytona two weeks ago, while Jeff Gordon escaped any injury this weekend when his car hit the inside wall of the backstretch at Atlanta approximately 8 feet from the end of the SAFER installation, or what must have been considered a minimal risk impact zone.

With Jeff Gordon’s history of being able to find those unprotected concrete walls on rather fast race tracks, it appears the call to get most tracks to completely protect ANY impact zone of their tracks.

Even Denny Hamlin's very hard impact that broke his back at Fontana in the Spring race of 2013 is just another bit of evidence that every bit of wall should be protected in some way or another.

The SAFER Barrier system has saved lives, there is not a doubt about that. The technology is available, and with the completely unarguable fact that racing is unpredictable, it is about time tracks really take on the task of making sure every surface of their race track is somehow given all the safety measures available today.

From the editor, also check out:

Brett Moffitt to pilot the No. 34 Ford at Las Vegas