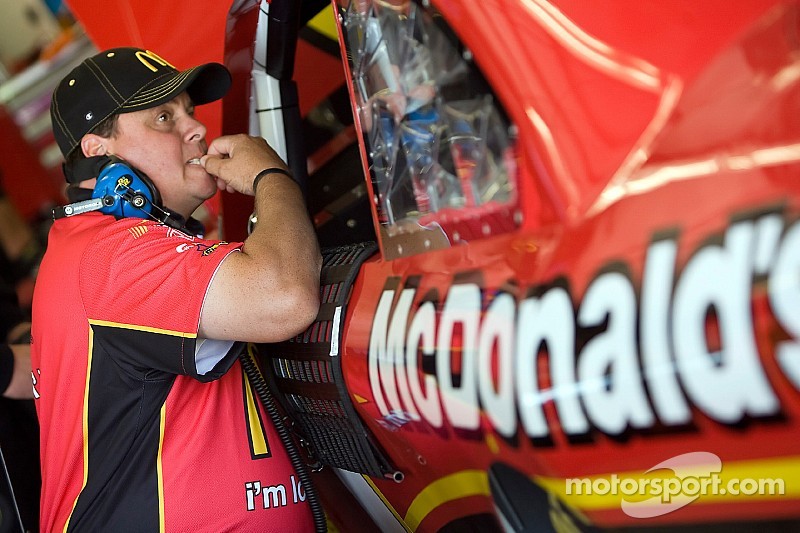 Kevin “Bono” Manion is the new crew chief for the No. 9 Richard Petty Motorsports Ford and driver Sam Hornish Jr.

Manion replaces Drew Blickensderfer, who has been reassigned within RPM.

"We began the season with changes to the No. 9 race team, most notably with the addition of Sam as our driver," said Sammy Johns, Director of Competition. "We are now looking to give Sam all the tools he needs to be successful.  We feel that Kevin will bring in some new ideas to help better our performance.  We welcome him to the Petty family."

Manion has been a Cup crew chief since 2003 when he worked with John Andretti at Dale Earnhardt Inc. the Boylston, Mass. native led Martin Truex Jr. to two titles in the NASCAR Xfinity Series before taking the same role with the driver at the Cup level. In 328 career Cup starts as a crew chief, Manion has five wins, 10 poles 27 top fives and 63 top finishes. His greatest success came with Jamie McMurray in 2010 when he led the No. 1 Chevy to victories in the Daytona 500, Brickyard 400 and the fall race at Charlotte Motor Speedway.

Hornish is coming off of a sixth-place finish at Talladega Superspeedway on Sunday -- his best effort in 10 races since joining RPM.

Chase Elliott to run Sprint Showdown, hoping to win his way into the All-Star Race