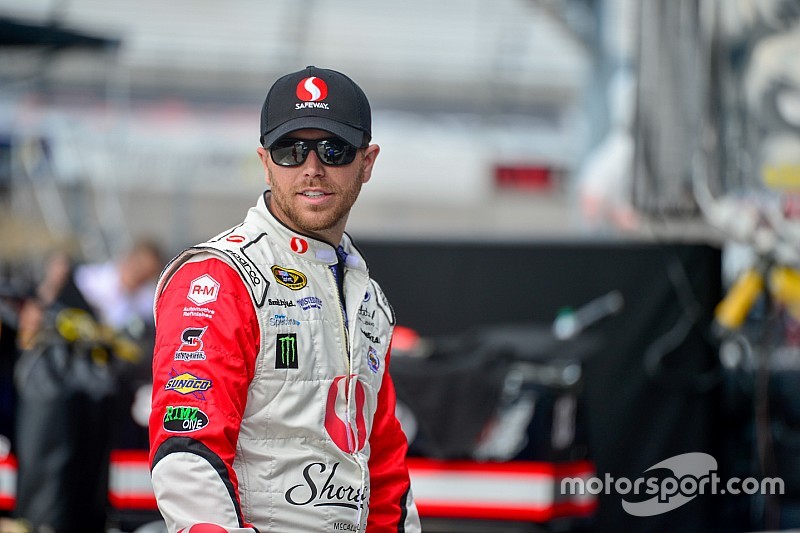 But Scott, who has built a resume in NASCAR over the last decade, is looking at the bigger picture. He will turn his focus to his family and the private sector as he retires from full-time racing.

Scott’s first full NASCAR season came in the Camping World Truck Series in 2009. He won at Dover and finished seventh in the standings. His second truck win came with Kyle Busch Motorsports in 2012, while building his career in the Xfinity Series where he ran for six full-time seasons before moving turning his attention to Cup this season with Richard Petty Motorsports.

“This was a difficult decision, but one that I made myself for my family,” Scott said. “Racing and specifically NASCAR has been and will always be in my heart, but right now, I want to turn all my attention to my family and to be able to spend more time with them. Racing has blessed me with great opportunities, and I’m very grateful for everything that it has allowed me to do, but for me, it’s time to move on. I can’t thank everyone enough who helped me in my career. I would not have made it to where I am at today without their trust and commitment.”

Scott, 28, who is 32nd in the Sprint Cup standings, finished a career-high second at Talladega Superspeedway last month. Scott has made 51 Cup starts since 2013. He also earned the pole at Talladega in 2014 while driving for Richard Childress Racing.

Scott is looking forward to his last two starts in the No. 44 Ford starting this weekend at Phoenix International Raceway.

"One thing that's changed so much at Phoenix is that I feel like it's really hard for drivers to be very honest with how a track is changing from year to year, especially this year with the low downforce package,” Scott said. “We had some handling issues in the spring race, and we were still a brand new team when we first raced here. We've worked hard at Richard Petty Motorsports to improve the short track program, and we'll take the notes we have back with us to find some speed off the truck.

“We're excited to go to the final short track race of the season and hopefully have our Fords running well and see what we can do."

RPM will name Scott’s replacement in the No. 44 Ford at a later date.

“Brian made it to and competed at a level that very few do in NASCAR,” said Brian Moffitt, Chief Executive Officer, Richard Petty Motorsports. “Brian became part of the Petty family this year, and he committed himself to making our organization better. We feel fortunate to have had the opportunity to get to know Brian and wish him nothing but the best for him and his family.”

Scott also tweeted out his sentiments on his career. Read it HERE

Canadians will make their presence felt in Phoenix