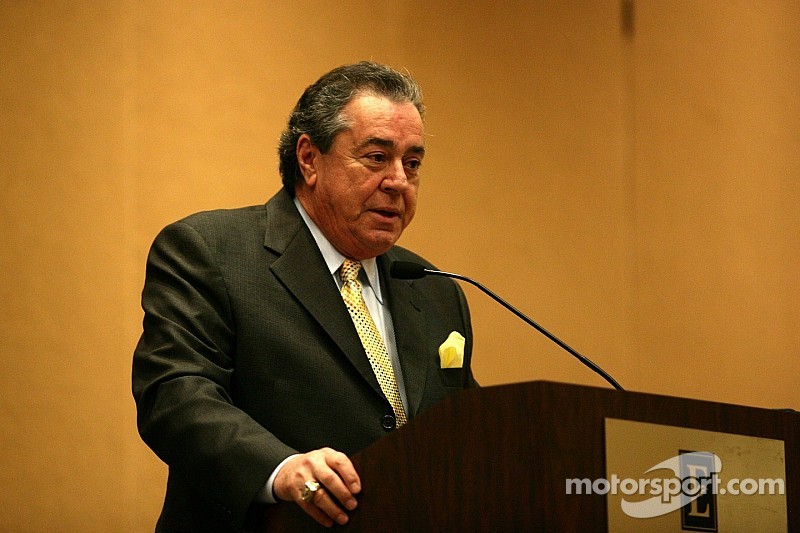 Funeral services for Feliciano Sergio Sabates IV, grandson of NASCAR team owner Felix Sabates, Jr. (in photo above), are scheduled for today in North Palm Beach, Florida, with burial in nearby Hialeah.

The teenager was killed this past weekend in an accidental shooting in Palm Beach Gardens, Florida. According to a Palm Beach Gardens police arrest report cited in the Fort Lauderdale Sun-Sentinel newspaper, “The shooting happened Saturday on Pinella Circle when police said a group of friends were playing with a 9mm pistol, inserting and removing the gun's magazine while drinking and doing drugs.”

The 17-year-old shooter was aiming the gun at various friends. “When he pointed it at Feliciano Sabates, 18, of suburban Palm Beach Gardens, he shot Sabates in the chest, according to the report.” Police said some of those in attendance hid the gun, but led police to it when confronted. The 17-year-old was charged with manslaughter.

Young Sabates was known by friends as “Chany Boy,” since his father is Chany Sabates III, the eldest son of Felix Sabates, Jr. Sabates III is listed as a professional "yacht consultant" with International Yacht Collection, a sales organization with six locations. According to his biography on the company’s web site:  “With a strong interest in all things motorized, Chany spent numerous years working in NASCAR, first running his own team with Kyle Petty as his driver, and then working directly for NASCAR, in their global licensing efforts. He also exercised his entrepreneurial passion by starting the company, Invencom, where he excelled in new product development, patenting innovations for the U.S. Navy and Department of Defense, developing military applications for their maritime needs.”

According to his son’s obituary, Feliciano Sabates was preparing to enroll in Palm Beach State College. Here is the obituary in its entirety, as it was published in the Palm Beach Post newspaper:

Feliciano Sergio Sabates IV, 1996-2014. Feliciano Sergio Sabates IV, lovingly known as "Chany Boy", passed away on August 2, 2014, in Palm Beach Gardens, FL. Chany was enrolling in Palm Beach State College. He was gracious and kind with a huge heart. He loved the beach and hanging with friends. He enjoyed most of his time with his best friend and brother, Pearce. He was loved and adored by his family. He will always be remembered for his beautiful smile. He will forever be missed by everyone who knew him. He is survived by his mother Tracy Sabates-Plasencia, his father Feliciano Sergio Sabates III "Chany", his brother Pearce William Sabates, and his grandparents Felix and Carolyn Sabates and Claude and Jean Savage.

Danica Patrick has high hopes for her next NASCAR road race