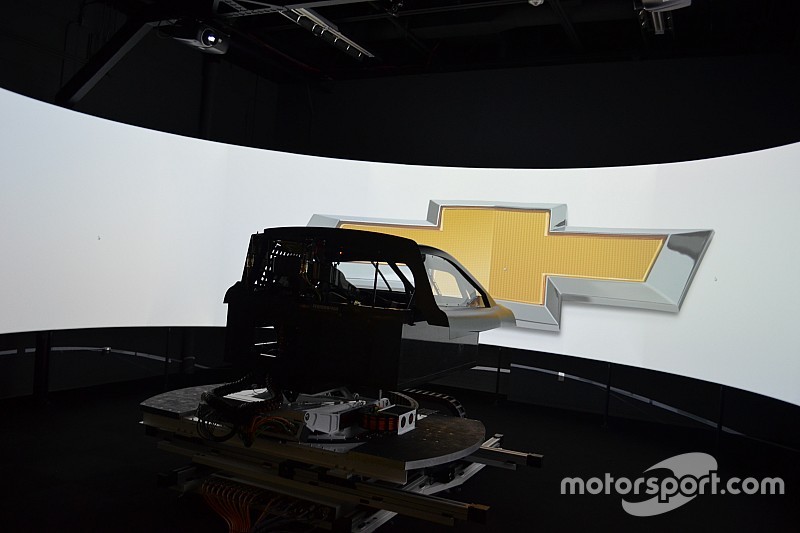 Dale Earnhardt Jr. has been putting extra time behind the wheel to help improve his performance this season, not on the track but rather in a simulator.

Earnhardt’s results so far in the Monster Energy NASCAR Cup Series this season have been very haphazard – he has to put together consecutive top-10 finishes.

Part of the problem Earnhardt attributes to the difficulties he and his No. 88 Hendrick Motorsports team have had in qualifying, where they have just three top-10 starts this season.

Earnhardt said Friday that his team spent some time recently at the Chevrolet Racing simulator in hopes of getting a better start when they arrive at the track each week.

“We went to the simulator which is something we’ve been trying to infuse into our process a little bit more. It’s been bearing some fruit and helping us out and making us feel more confidence going into the race weekends,” Earnhardt said Friday after qualifying 11th for Sunday’s AAA at Dover (Del.) International Speedway.

“We first really experienced that in Kansas and had a great practice the first day. Same thing here, we went to the simulator, picked a few things we liked, threw out some stuff that didn’t work.”

That extra work allows crew chief Greg Ives and the team to cut down on trying things during practice that likely won’t help.

“They correlated really well (Friday). We got the car better in race trim. We only made one change and then swapped over really quick,” Earnhardt said. “Then for qualifying we improved the car each run and we were going to do okay.

“We just ran one too many laps trying to go out there and make sure we made it into the third round. We should have just sat on pit road and not ran a second time in the second round.”

The Chevrolet Racing Driver in the Loop Simulator was built in 2014 and became fully operational in 2015 and is located in Huntersville, N.C.

The simulator was created for Chevrolet teams and drivers to use in NASCAR, IndyCar and Corvette racing. It has two different cockpit configurations – one for NASCAR/Corvette and one for IndyCar – and can be changed over in about three hours.

The simulator was created specifically for racing but upon realizing its potential, Chevrolet’s production team built a replica in Detroit for use on Chevrolet production vehicles.

Alex Bowman, who substituted for Earnhardt in several of the races he missed last season while recovering from a concussion, does a lot of the prep work for simulator, as part of his work at Hendrick Motorsports.

“We have been working, trying to get better. Charlotte was not a fun experience for us,” Earnhardt said. “But we did come out of Kansas with a lot of confidence and were really happy about the car there and back here at Dover and feel good about the car.

“I’m looking forward to (Sunday’s race). We still have some things to continue to put into the race set-up that we think can help and we will see how that works.  We are definitely still leaning on our teammates, our set-ups are really similar so we can communicate and work off of each other and that seemed to work really well for both of us, at least for me in Charlotte.”