SMI's Marcus Smith on Roval: "I feel like this is unique to Charlotte" 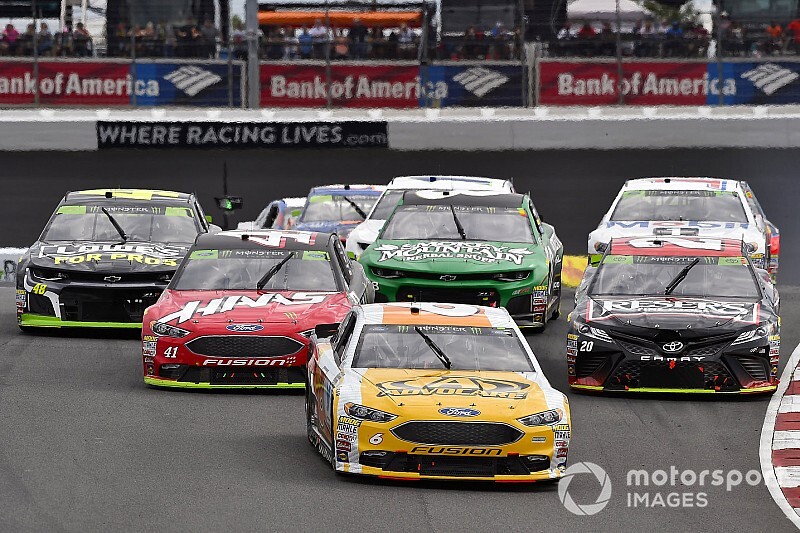 By just about all accounts, the debut of the Roval course at Charlotte Motor Speedway was a success but that doesn’t mean Speedway Motorsports Inc. intends to duplicate the effort elsewhere.

Sunday’s Bank of America 400 featured a down-to-the-wire dramatic finish, an increased crowd over past Charlotte fall races and overnight ratings showed a sizable uptick in the TV audience.

“I think it was incredibly exciting. The roar from the fans was all I needed to know that that was the moment that everybody will remember for a long time,” said Marcus Smith, SMI’s CEO.

“I think it was certainly more than I had expected and hoped for in terms of the excitement for our fans.”

But asked whether the success of the transformation of CMS from a 1.5-mile oval track to a 2.28-mile, 17-turn Roval would raise the prospects of utilizing the format elsewhere, Smith said it wasn’t likely on SMI properties.

“I think that learn from that past and see what might help us going forward, so certainly I'm not looking at any of our properties to add a road course into,” he said. “I feel like this is unique to Charlotte, and we’ve got other speedways out there that produce their own unique action.

“Plus on top of that, I’m really excited about all the things I’m hearing about next year’s racing with the new aero and power package. I think it’s going to be fantastic for the whole sport.”

2019 aero package and its impact on the racing

The annual All-Star Race at Charlotte earlier this season was also the debut of a new aero package that featured front air ducts, restrictor-plates and different spoilers that created an entertaining all-star event.

A form of that package is expected to be announced this week by NASCAR to be used at several intermediate tracks next season.

“Going forward, Charlotte Motor Speedway is a track where fans can see some of the most unique and special racing in the world with NASCAR's All-Star Race, the 600, and now the Roval 400,” Smith said.

“I think that we are doing some good things in the whole sport, and I’m really proud that Charlotte Motor Speedway can be a big part of that.”

Kyle Busch on Turn 1 pile-up: "I guess all of us are just stupid"