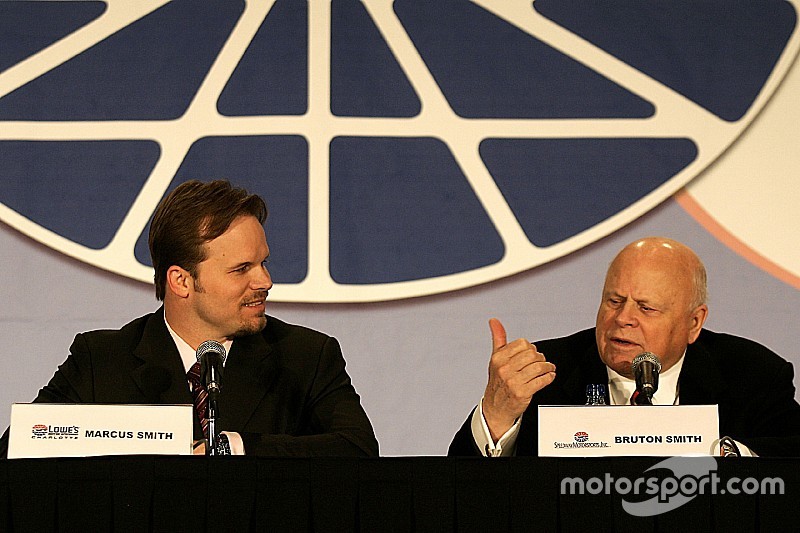 Speedway Motorsports Inc. has received a non-binding offer from Sonic Financial Corp., a company owned by Bruton Smith and his family, to acquire all outstanding shares of SMI’s common stock.

The move is similar to one announced last fall by NASCAR, which at the time made a non-binding offer to acquire outstanding shares of International Speedway Corp. in an effort to take that company private.

The offer has yet to be accepted and is being challenged in at least two lawsuits.

According to a new release announcing the SMI offer, Sonic submitted a cash offer of $18 per share and must be approved by the holders of a majority of the common stock not owned by the Smith family. The stock closed at $13.94 on Tuesday.

The Smith Group owns, directly or indirectly, approximately 29 million shares of SMI, and controls over 70 percent of the voting power of SMI.

A special committee of independent and disinterested directors must also approve the sale. Until both of those conditions are met, SMI will continue to operate in its current form.

“The company cautions stockholders and others considering trading in its securities that the Board has only received the non-binding proposal letter from Sonic Financial and no decisions have been made by the Special Committee with respect to the company’s response to the proposal,” the release stated.

“There can be no assurance that any definitive offer will be made, that any agreement will be executed or that this or any other transaction will be approved or consummated.”

Together, the offers from NASCAR and Sonic appear to mark an effort that could in the long run make NASCAR schedule changes easier to take place once the facilities are privately held. Currently, tracks which host Cup series races are in the fourth year of five-year sanctioning agreements.

In a letter from Sonic Financial Group to SMI’s board of directors, SFG spelled out some of its reasoning for the move.

“As you know, NASCAR racing has faced several challenges in recent years, and the company has been impacted by these challenges. NASCAR has indicated the sport would benefit from structural change,” the letter said.

Roundtable: What to expect with new rules for Talladega