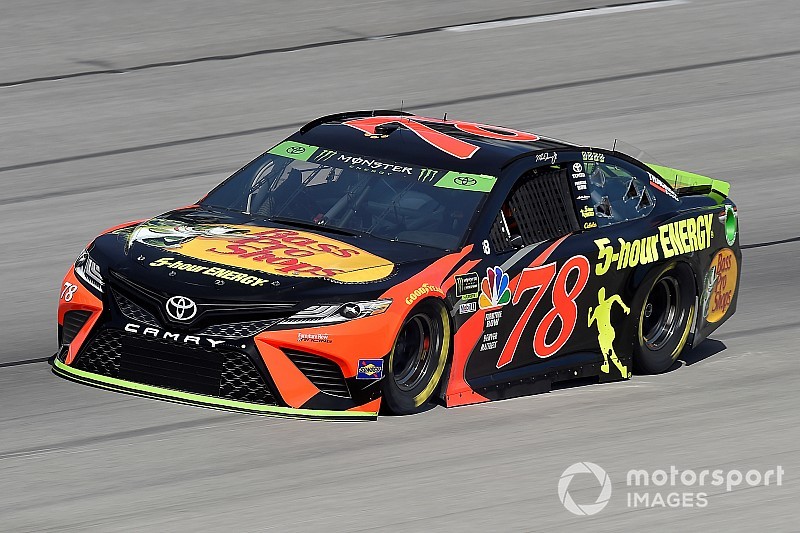 Martin Truex Jr. may have a new home in the Monster Energy NASCAR Cup Series but his ride will have a familiar look.

Joe Gibbs Racing on Friday confirmed Bass Pro Shops had signed a multi-year deal to sponsor Truex in his No. 19 Toyota, serving as primary sponsor for 24 of 36 points races in 2019.

“We’re fired up to keep rolling with Martin in 2019. His spirit and passion for hunting and fishing makes him a great ambassador for Bass Pro and the outdoors,” Bass Pro Shops founder, conservationist and avid racing fan Johnny Morris said in a statement.

“Martin is a true champion in racing as well as in life, and I’m honored to call him my friend and fishing buddy of more than 15 years.”

Morris and Truex have built a longstanding friendship and successful partnership since Truex’s NASCAR career began in 2001.

Since that time, Bass Pro and Tracker Boats served as primary sponsor for Truex during two Xfinity Series championships in 2004 and 2005 as well as his first three seasons in the Cup Series. Most recently, Bass Pro sponsored Truex during his 2017 championship season and title defense in 2018.

Truex and Morris both share a love of the great outdoors and have worked together to advance conservation causes by leveraging NASCAR’s national platform and audience.

“Johnny Morris has supported me throughout my career. I can’t thank him and the entire Bass Pro Shops organization enough for their support,” Truex said.

“I look forward to continuing our success together for many years to come.”