Martin Truex Jr. says he has no plans to retire anytime soon but that doesn’t mean his immediate future is mapped out. 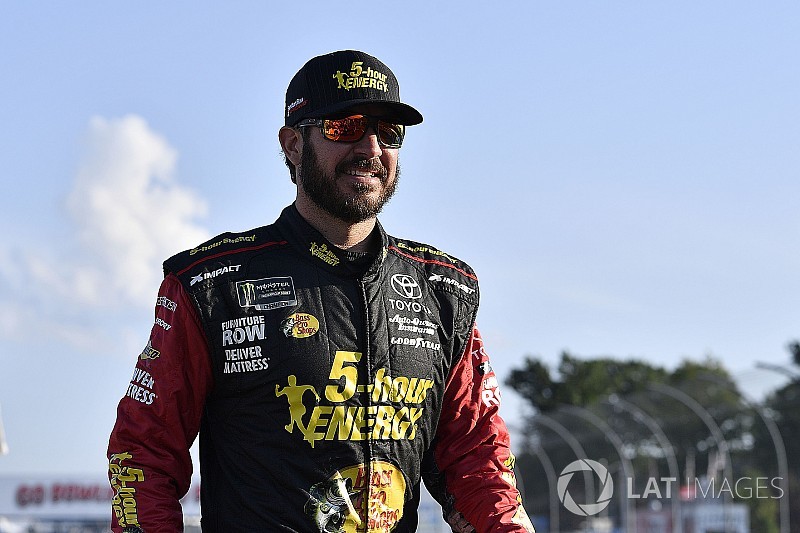 On Friday at Bristol (Tenn.) Motor Speedway, Truex was asked if he could put a percentage chance on him returning for another season at Furniture Row Racing and Truex had difficulty coming up with a response.

“Honestly, I really don’t know. I think in another week or two I’ll have a better answer for you,” Truex said. “Right now, we need sponsorship and that’s as simple as it gets.

“It’s hard to say, is there a 50 percent chance we get that in a couple weeks or a hundred percent chance or two percent, I don’t know. I can tell you that everything is based upon that.”

Several weeks ago FRR announced that one of its current sponsors, Five Hour Energy, would not be returning next season. This was the first season in FRR’s existence that team owner Barney Visser had not had to put his own money into running the team.

Truex is also in the final year of his current contract with the team and appears to be waiting to see what sponsorship opportunities present themselves before committing to an extension.

“I’ve been in this position before. I’ve got a great team – Barney has done a lot for my career,” said Truex, the reigning champion in the Monster Energy NASCAR Cup Series.

“It’s something we all want to keep going and just need a little bit of time to let the dominoes fall into place and see if we can keep it going and if not, I have to figure it out from there.”