StarCom Racing has hired Quin Houff to drive for its No. 00 NASCAR Cup Series team for the 2020 and 2021 seasons. 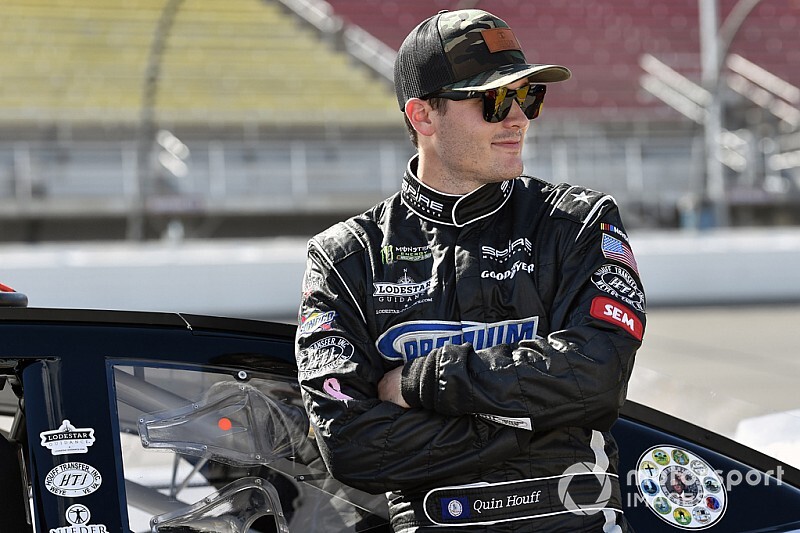 Houff, 22, would replace driver Landon Cassill in the No. 00, but in a statement StarCom said it has a commitment with Cassill for the 2020 season that it plans to honor with details coming at a later date.

Houff made 17 starts in the Cup series in 2019 between Spire Motorsports and Premium Motorsports. This would be his first fulltime season in a NASCAR national series.

Houff’s best finish this season was 28th in the Coca-Cola 600.

“This is the chance of a lifetime to be able to become a full-time NASCAR cup driver and to turn my childhood dream into a reality. I can’t thank those that were involved throughout my career enough; especially my family and sponsors,” Houff said in a statement.

“I also would like to thank StarCom Racing for this opportunity. I am looking forward to building a reputation and experience alongside this young fast-growing team at the top level of motorsports.”

StarCom, formed in September 2017 by a number of partners including a group from its parent company StarCom Fiber, purchased a charter from Richard Childress Racing for its No. 00 team prior to the start of the 2019 season.

“In our efforts to continue the progression of StarCom Racing, we have many plans for building the team in 2020 and being prepared for the introduction of the Next Gen car,” said Derrike Cope, SCR’s team manager.

“I am pleased to have young and passionate driver, Quin Houff, to continue his progression in the NASCAR Cup Series. He is a delightful, quick-witted young man that is eager to finally showcase his talents and race in his first Daytona 500.”

Roundtable: Can Jimmie Johnson end his winless streak at Texas?