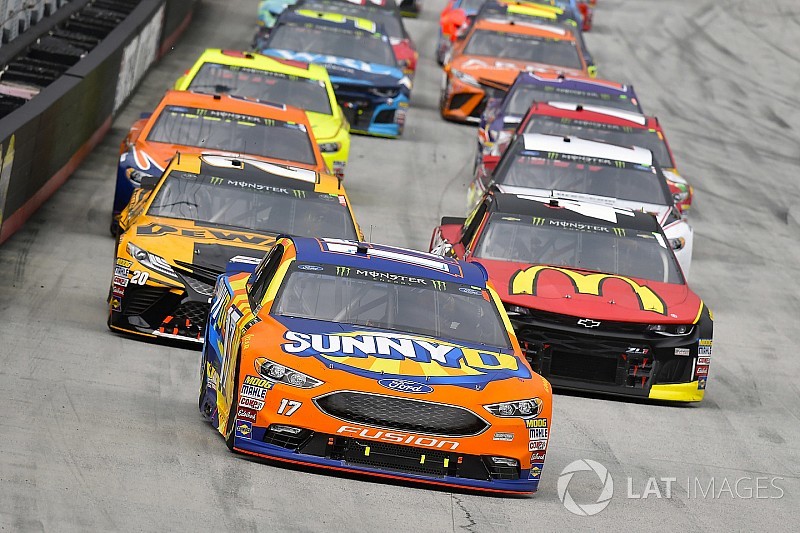 Stenhouse started from the rear of the field last week at Texas and was on pace to his best finish of the season before a mechanical issue sidelined his No. 17 Roush Fenway Racing Ford.

This weekend at Bristol, Stenhouse was strong again and this time, he was able to close the deal – running as high as second before ending up a season’s-high fourth in the rain-delayed Food City 500.

In fact, were it not for an untimely late-race caution, Stenhouse may have had an opportunity for his first Monster Energy NASCAR Cup Series win of the 2018 season.

“I was bummed that caution came out. Being on better tires I thought we were going to be able to run down (Kyle Larson). He was by far the class of the field I’d say throughout the whole run and the whole race,” Stenhouse said.

“We were fighting track position, gaining it and losing it back-and-forth over the last two days, but, all in all, it was a really strong run. We had a good Friday, a good Saturday and a good race on Sunday and Monday.”

As it turned out, Kyle Busch nudged Larson out of the way and took the lead with five of 500 laps remaining and held on to win as Stenhouse slipped back to fourth.

While disappointed he didn’t have a little more to contend for the victory, there was much for the No. 17 team to celebrate about its Bristol performance. He has finished ninth or better in three of his last four Bristol races.

“It would have been fun if I would have had something a little bit better to go racing with. I didn’t feel really good once we restarted there,” Stenhouse said. “I just didn’t really have a lot of grip compared to the restarts before, where I felt really good all race long on restarts, so that was a bummer.

“It was fun. I had to get to (Larson) and he was really loose. I was able to get underneath him and then I couldn’t quite clear him. It would have been nice if I could have cleared him, but we still didn’t have the best car there on the short run.

“We were definitely a better long run car.”

Stenhouse’s previous best finish this season was 14th at Las Vegas but he has led laps at both Daytona and Texas.

The in-race performance of his car and his team over the last two weeks gives Stenhouse confidence he’s on the right track.

“Hopefully, this will kind of get us going and kick start us into next week and the rest of the season,” he said.