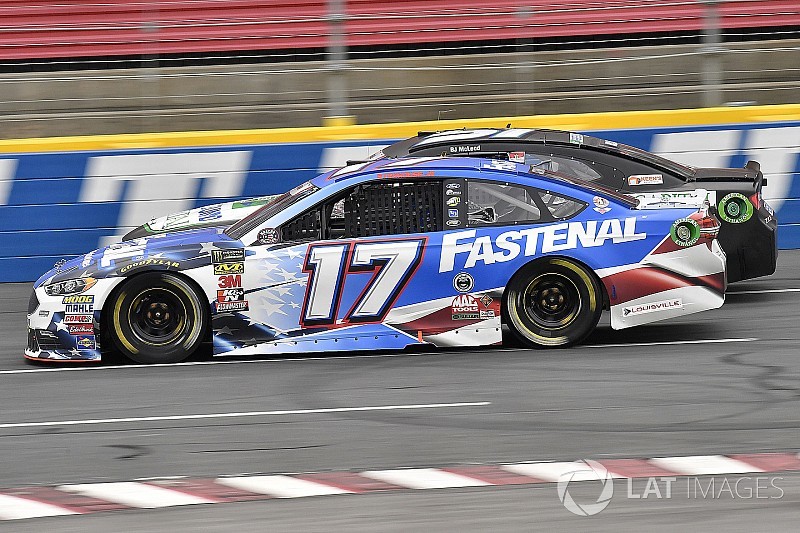 Ricky Stenhouse Jr. and Matt Kenseth came away from the Coca-Cola 600 with vastly different perspectives.

Stenhouse, who finished 10th, seemed to have a sense of optimism after the race that Roush Fenway Racing was making the necessary improvements to be competitive on 1.5-mile tracks.

“I’m really happy,” he said. “I think we were a little concerned, even though the package wasn’t the same as the All-Star Race, I feel like we made some gains for the mile-and-a-half program this year.

“I felt like this is about where we were last year at this time, so for us to start the year off from where we did last year, I feel good that we’re headed in the right direction.”

Stenhouse spent much of the second-half of the race trying to recover track position from a pair of pit road penalties – one for speeding and the other for an uncontrolled tire. His ability to make up considerable ground in his No. 17 Ford fed his optimism.

“It’s never as fast as you want. It was a tough battle for us out there,” said Stenhouse, who earned a career-best finish at Charlotte Motor Speedway. “Our (car) was really good the first two stages and made an adjustment and was off for two runs – a full stage and I had to fight back to get that track position.

No. 6 team struggles for pace

Kenseth, making his second start in Roush’s No. 6 Ford in a points race, continued his difficult adjustment period to racing again with the organization which gave him his start in the Monster Energy NASCAR Cup Series.

Kenseth finished 36th at Kansas and was 17th in the 600. His lone bright spot since his return was winning the pole for the NASCAR All-Star Race (he finished 14th in event).

“It was a struggle all night for us. I guess we finished about where we qualified. I thought we were about a 20th to a 22nd-place car most of the night,” Kenseth said. “We finished a little better than that, but maybe it’s a small step forward since Kansas.

“We still have some work to do. I feel like I’m trying to get up to speed as quickly as I can. I’m still behind a little bit, so hopefully these next couple of weeks we’ll be able to get caught up and keep improving.”

NASCAR Cup awards banquet to remain in Las Vegas in 2018