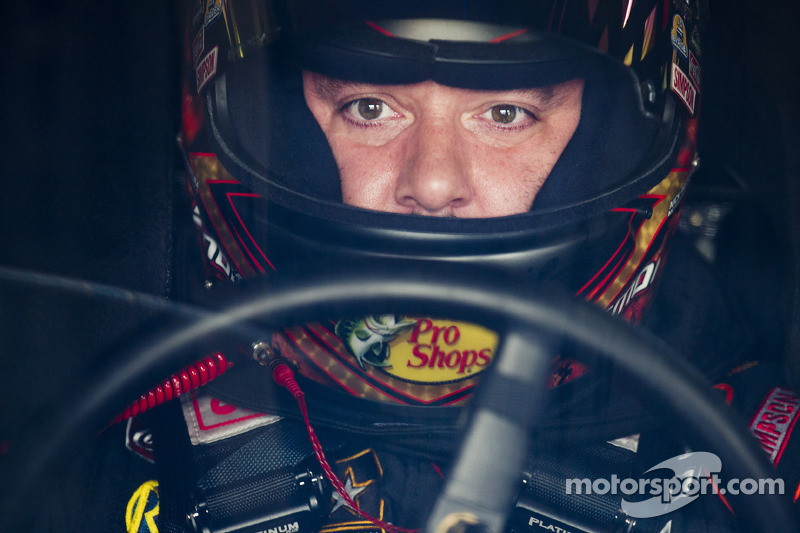 One day before his press conference, Tony Stewart elected to showcase his new sponsorship partner for the 2013 NASCAR Sprint Cup Series. The defending champion let “the cat out of the bag a day early” in Springfield, Missouri.

On hand tonight at the local Bass Pro Shops was the local ABC affiliated KSPR station. A coup for them to be able to break the news first on one of the most popular drivers in the Cup series.

When Stewart drove his #14 Bass Pro Chevrolet demo car into the parking lot, it drew a lot of NASCAR fans and those just curious. Of course the police escort turned heads in the town as well. “Smoke” knows how to put on a show, but he also knows how to promote his sponsors and the NASCAR series,

The 2011 Sprint Cup winner is currently preparing for this weekend’s race on the Talladega Superspeedway.

Since the loss of his major sponsor, Office Depot, Stewart has been busy tying up the loose ends for the 2013 season. As the co-owner of Stewart-Haas Racing, his job is to also ensure that sponsors will be on board for the future. Stewart has done just that!

Once the team signed Ryan Newman to a new contract, they recently announced that Quicken Loans will stay with the team as a partner.

Bass Pro owner Johnny Morris has been an associate partner on Stewart’s car so stepping up a notch has been one of his and Stewart’s goals.” This is a very natural partnership and I think we're going to have a lot of fun,” Stewart via KSPR.

Stewart will meet with the press corps tomorrow at Talladega as earlier planned and Motorsport.com’s reporter will be present.

After Sunday’s Cup race, there will be six events left before the 2012 Sprint Cup Champion is crowned.