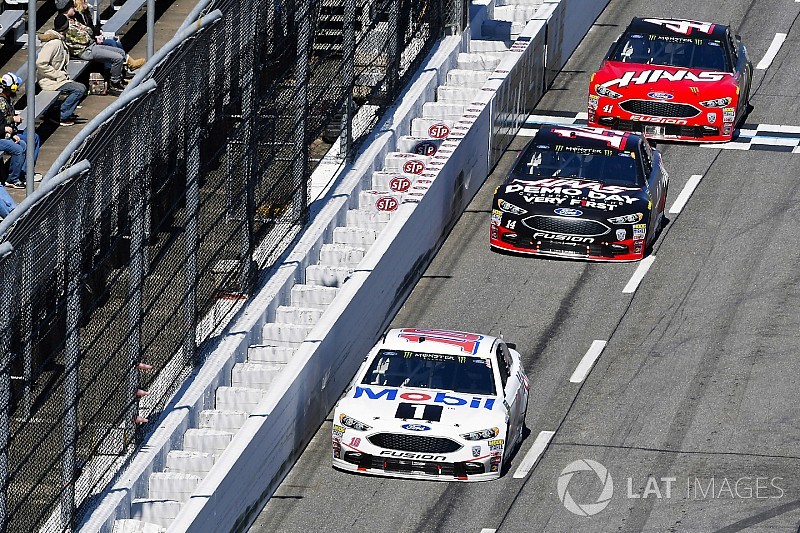 Stewart-Haas Racing believes it needed time to get over its "growing pains" in order to have the upturn in form it is currently enjoying in the 2018 NASCAR Cup series.

SHR underwent a manufacturer change for 2017 that took time to get to grips with, with the current iteration of SHR having previously had its engines and chassis supplied by Hendrick Motorsports since '09.

Its first year with Ford started with Kurt Busch's victory at the Daytona 500 and Kevin Harvick made the final four of the playoffs.

The team then continued its end of season form with Harvick winning three races in a row before Clint Bowyer added the team’s fourth victory – with Aric Almirola and Kurt Busch also competitive in 2018.

“For our organization, it’s been a solid year,” he said. “Everybody has worked really hard in the off‑season, like every other team.

“But last year we were trying to figure out how to put motors in cars to make it to the racetrack, and that’s not a lie. It was that bad when we switched over to Ford.

“We had some growing pains last year. And I think maybe not having the success that we expected or wanted or feel that this group of capable of, everybody worked a little harder this year.

“Everybody dug down. Everybody is working better together as a group. I feel like our whole entire company is doing better.”

Where is the advantage?

When asked to pinpoint where SHR’s dominance had come from, Zipadelli said: “Obviously from an aero perspective, we’ve got a very strong group.

“They work hard. They’re very dedicated to building great race cars. It’s the same thing everybody works on, you work on aero, you work on horsepower, and you work on pit crews.”

He added that it was “huge” for SHR to have four competitive cars in each race.

“I’ve been proud of the wins and the success we’ve had, but I’ve been more proud of the performance of all four cars so far this year,” he said. “When you look at them from a qualifying perspective, a finishing perspective [and] where they are as a group in points.

“We’ve got to figure out a way to give all four of our teams the best stuff we can and to continue to get our guys to work together and make our stuff better to where Mike [Bugarewicz, crew chief for Harvick and Bowyer] shows up at the racetrack and he has speed, and he can do his job."

Zipadelli pointed to Bowyer’s Martinsville as a sign that proved that SHR had turned the corner.

“There’s been weekends where they’ve [Bowyer and his team] have shown up and our cars didn’t have the speed that they needed to, and it doesn’t matter, he can’t make it better at that point. But when it counted, they did an awesome job.”

NASCAR Roundtable: Which driver will snap their winless streak next?