In an announcement made Friday in Indianapolis, Ind., SHR and Mahindra Ag North America unveiled a new multi-year partnership which will make Mahindra Tractors the new primary anchor sponsor for Briscoe’s No. 14 Ford.

The red-and-black livery of the No. 14 Mahindra Tractors Ford Mustang will debut in the non-points Busch Light Clash at the Los Angeles Coliseum in February and also be featured in the season-opening Daytona 500.

Mahindra dealers are independent, family-owned businesses located throughout the U.S. and Canada.

“The NASCAR Cup Series is the toughest racing I’ve ever been a part of. It’s so competitive,” Briscoe, 26, said. “I learned so much this year and I really can’t wait to apply it all next season.

“I’m incredibly honored to represent Mahindra Tractors and all of its dealers. We both want to continue to grow and perform – me on the racetrack and Mahindra in the marketplace. It’s a true partnership that’s valuable to both of us.”

Briscoe is a third-generation racer whose career began on dirt tracks in and around Indiana. Team co-owner Tony Stewart raced with Briscoe’s dad, Kevin, in USAC sprint cars and in non-wing cars, and he watched Chase come up through the open-wheel ranks of sprint cars and midgets on his way to NASCAR, just as Stewart did in the mid-1990s on his way to IndyCar and then NASCAR.

As part of the new partnership, Mahindra Tractors will serve as primary sponsor of Briscoe’s No. 5 entry in the Jan. 10-15 Chili Bowl Nationals at the Tulsa (Okla.) Expo Raceway.

“Dirt-track racing makes me a better Cup Series driver,” said Briscoe, who will make his eighth Chili Bowl appearance in 2022. “It forces you to adapt. You have to run different lines to get the most out of your car and you have to do it quickly.

“When I won my first Xfinity Series race on the Roval at Charlotte, I drove it like a dirt track. I made sure to not spin the rear tires to where I was good at the end of a run. Running the Chili Bowl is fun, but it also keeps you sharp. It’ll be a great way to kick off our first season with Mahindra Tractors.” 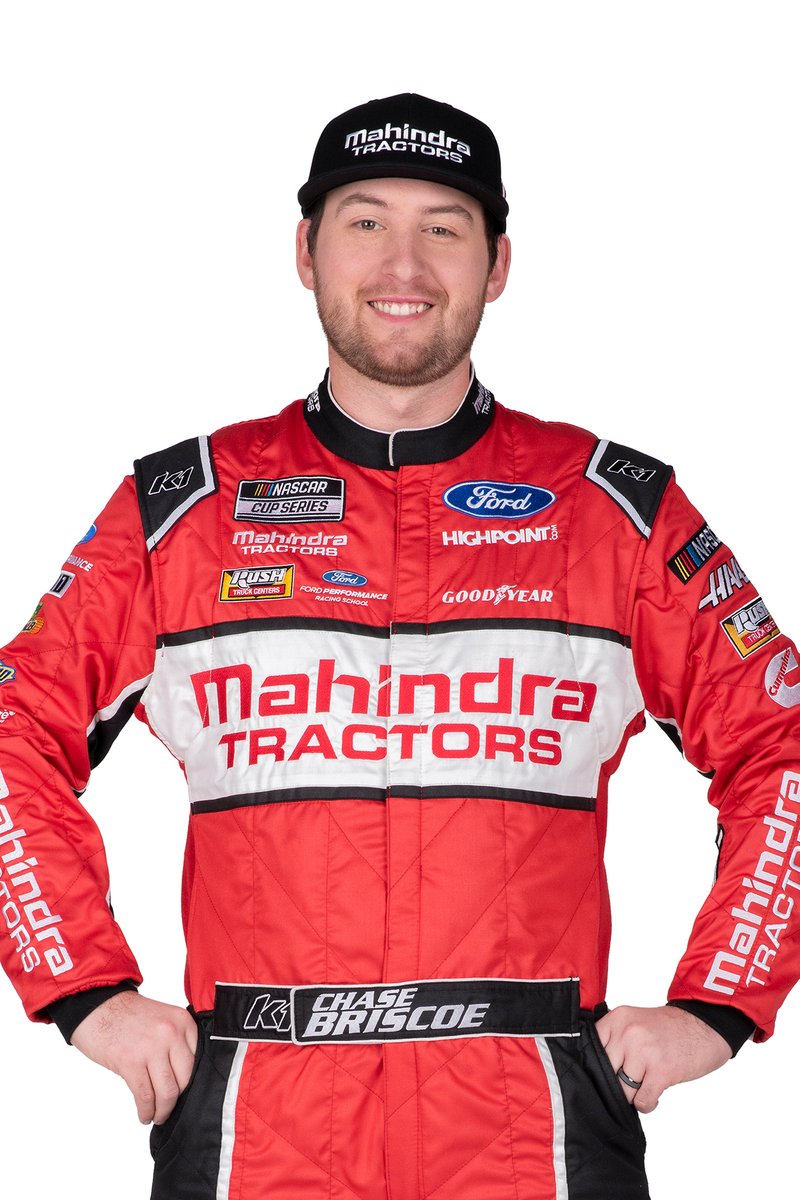 Prior to being promoted to the Cup Series, Briscoe competed in the Xfinity Series where he won a series-high nine races in 2020.

“Chase has earned his spot in the Cup Series,” said Stewart, a fellow Hoosier from Columbus, Ind. “He was relentless. Anytime he was challenged, he never backed down, and that’s the way you to have to be at this level.

“Chase is just a really hard worker. He’s earned everything that’s come his way and then made the most of each opportunity. That’s what has always impressed me about him, and I think that’s what impressed Mahindra Tractors. They’re a really good fit. This is a very rewarding partnership and I’m proud to be a Mahindra customer.”