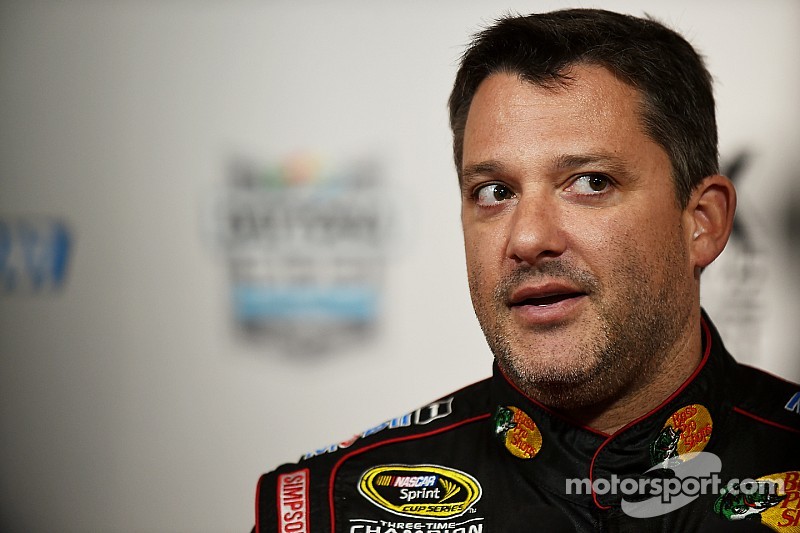 Tony Stewart goes into 2015, trying to move forward after a difficult couple of years.

Talking with Motorsport.com's Lee Spencer, Tony Stewart is proud of the effort everyone at SHR has put in after securing their second Sprint Cup title last year.

"There's times you win a championship and people lose the momentum after that because they've accomplished the goal. This past winter, I've only seen that it's created more momentum. It shows the depth of our people and the character we have in the organization. I feel really good about what our guys have done to get ready."

I'm coming off a bad year-and-a-half, looking forward to getting it all behind us and moving forward.

There is a dark cloud surrounding SHR at the moment and it's regarding the unknown future of Kurt Busch, who is currently in the middle of a domestic abuse investigation, filed by ex-girlfriend Patricia Driscoll. NASCAR has said that they will react should the outcome go in favor of Driscoll and Stewart revealed today that SHR is ready for whatever happens, including the unfortunate event that Kurt has to get out of the No. 41 car.

"I'm very hopeful that we won't have to worry about it. I feel bad that he is, and both of them are in that situation. We have to be smart and have to have something in place in case it doesn't work out for any reason."

"It's definitely been a surprise for us."

Back to his own struggle, Stewart has dealt with both physical and emotional pain over the past two years, causing him to miss races. In 2013, he broke his leg in a Sprint Car crash and in 2014, he tragically struck and killed Kevin Ward Jr., who attempted to walk up and confront Stewart while pacing around a New York State dirt track.

"I'm coming off a bad year-and-a-half, looking forward to getting it all behind us and moving forward."

"It was nice to have the offseason we had. It was able to go home and do some things there that I wanted to do, got to go watch our race cars run, see a lot of people haven't seen in a long time."

Discussing the progress of Danica Patrick with reporters, "They have to build on what they did last year. She has to focus on the positives she had last year, versus the negatives. She's so competitive, she's so driven, that she looks at the end result at the end of the day and doesn't always look at the result that got her there. To me, its picking the positives out of it and building on that."

In more ways than one, Jeff Gordon changed NASCAR racing