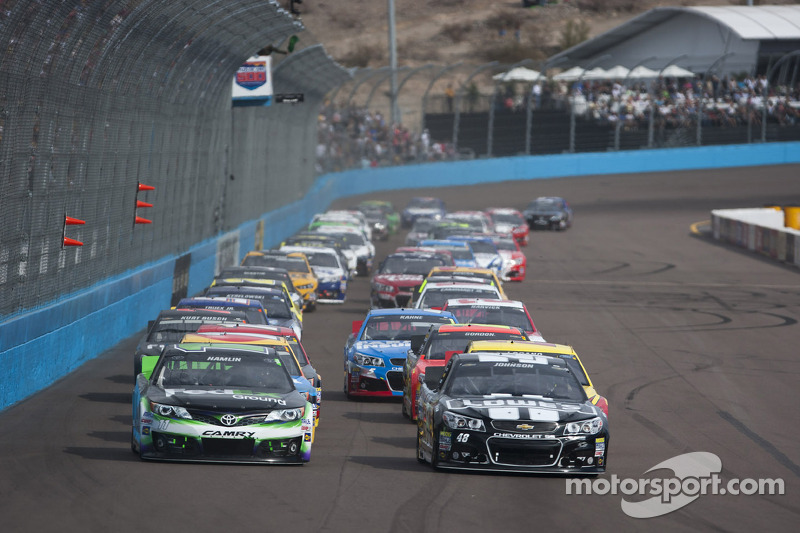 There has been a lot of speculation recently that indicates some highly significant and sweeping changes could be coming regarding the points format used for NASCAR's Chase for the Sprint Cup championship.

The first indication of these changes came right after the arrival of the new year and stemmed from comments made by NASCAR Chairman Brian France during an interview with the "Motor Racing Network".

At that time France indicated a general feeling of dissatisfaction with the current Sprint Cup championship's point structure and said he felt there was a way to modify the system that would place greater importance on winning races to determine the champion.

Needless to say, those comments set off a firestorm of speculation that said changes to the Chase format was forthcoming. That firestorm was greatly enhanced by a January 17th article in the "Charlotte Observer" that indicated the proposed changes could be even more sweeping than originally projected.

The major bullet points for the rumored change are as follows:

- The new format will expand from the current 12 teams to 16.

- Winning races during the regular points season, races one through 26, will become a high priority regarding which drivers makes the Chase line up.

- Full time series drivers who won at least one race during the regular season scheduled will be seeded first in the championship line up.

- In the event that the first 26 races does not produce 16 winners, then the remainder of the Chase line up will be seeded based on driver's points. It should be noted that this particular scenario is very possible. There were only 13 different winners during the first 26 races of the 2013 season.

- Once the official Chase line is set, NASCAR will employ the use of a series of elimination rounds somewhat similar to the process used by college sports. At the conclusion of Chase races number three, six and nine, four drivers from each of those races will be officially eliminated from the post season championship run.

- The points will be reset, to an even amount, for the remaining four drivers prior to the tenth, and final, Chase event which will be held at the Homestead Miami Speedway on November 16th.

- This final four man runoff will employ a winner take all format. The driver who accumulates the most points in the season finale will become the 2014 Sprint Cup champion.

Regarding the status of these rumored changes, a January 17th press release, from NASCAR Vice President and Chief Communications Officer Brett Jewkes, read as follows:

"NASCAR has begun the process of briefing key industry stakeholders on potential concepts to evolve its NASCAR Sprint Cup Series championship format. This dialogue is the final phase of a multi-year process that has included the review of extensive fan research, partner and industry feedback and other data-driven insights. NASCAR has no plans to comment further until the stakeholder discussions are complete. We hope to announce any potential changes for the 2014 season to our media and fans very soon."

There has been further speculation that says this announcement could comes as early as January 30th.

Laps for charity in Las Vegas