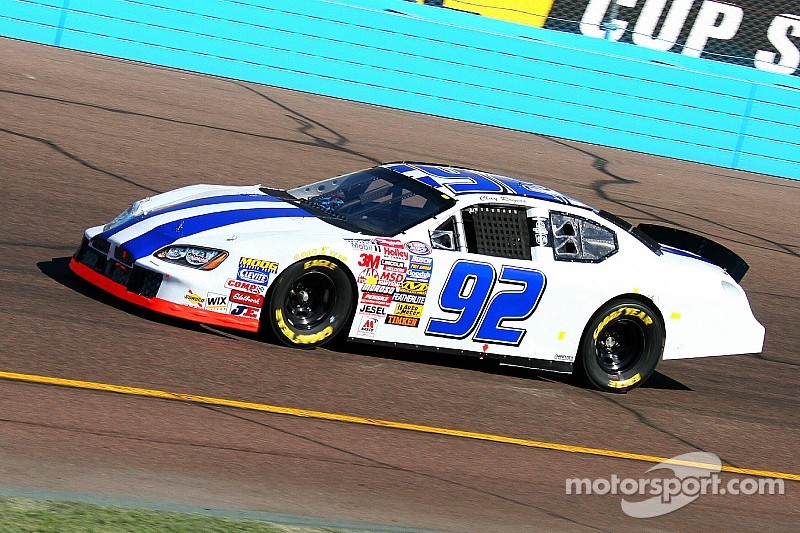 Clay Rogers hopes to prove you're never to old to capitalize on an opportunity.

LOUDON, N.H. – At 33, Clayton Rogers will be the oldest Sprint Cup rookie when he takes the flag in the Sylvania 300 at New Hampshire Motor Speedway.

For the Mooresville, N.C. native to finally make his debut in the majors – even as a start-and-park – is the culmination of years of perseverance.

“You couldn’t buy this kind of experience,” Rogers said.

Rogers attempted to qualify at Richmond International Raceway two weeks ago, but failed to make the show with his Beard Motorsports team. Still, their effort wasn’t in vain. The attempt provided the team with an opportunity to test later this season and Roger’s presence at Richmond put him on the BK Racing radar.

I’ve pretty much accomplished all the goals I’ve set for myself on the short track side.

“I got a call on Tuesday afternoon from BK Racing, said they were looking for somebody to come fill in the 93 car this weekend,” Rogers said. “Obviously, they’ve had some changing around in their team for this race.

"Luckily for me, we were at Richmond and I guess people realized I had a Cup Series license and that just opened the door for this opportunity to come about.”

While Rogers is getting a late start in NASCAR, he’s dominated the X-1R Pro Series over the last decade. From 2004 to 2013 amassed five titles and 33 of 36 career wins on that tour. But a lack of funding has kept Rogers from taking that next step.

“I haven’t had the opportunity to do much on the NASCAR side, especially on a consistent basis,” Rogers said. “But I’ve been lucky enough to be real successful in the short track world, won a lot of big races and five championships in the Pro Cup Series.

“I’ve pretty much accomplished all the goals I’ve set for myself on the short track side. But over here, you’re only as good as your equipment and your opportunity in these garages. I’ve never really had a good opportunity to race consistently from week-to-week or showcase my talent in NASCAR.”

Recently, Rogers has worked with Beard Motorsports to establish a NASCAR program. Before this season, he had 12 starts in the Nationwide Series – nine with Roush Fenway Racing as a development driver in 2001. His best finish was 12th at Memphis. Rogers posted two top five’s in his truck starts – including a fourth-place finish at Loudon. But despite his reputation as a short track racer, his career-high NASCAR finish is third in a truck at Daytona.

Still, the opportunity to work with teams and a veteran Cup crew chief such as Doug Richert has been invaluable to Rogers. He qualified the No. 93 Toyota 33rd, ahead of his teammates Alex Bowman and Travis Kvapil. Cole Whitt starts 31st.

It’s been a while since I’ve had a yellow strip on back bumper.

At best, Rogers is looking for a “respectable showing”. Despite his titles and trophies, he admits, “It’s been a while since I’ve had a yellow strip on back bumper.”

“It’s been kind of weird,” Rogers added. “I walked into the rookie meeting at Richmond and Alex Bowman asked, ‘what in the world are you doing in here?’ Kyle Larson saw me and said, ‘Geez, I’ve heard a lot about you, never met you, I thought you were like 60 or something.’ I told him he looked younger on TV.

“I’m 33. I know I’m no young gun anymore, but I’ve been doing this my whole life and I feel like I’ve proven myself time and again,” Rogers said. “Hopefully, this will turn into more opportunities in the future whether it be in this garage or in one of the other two garages.”