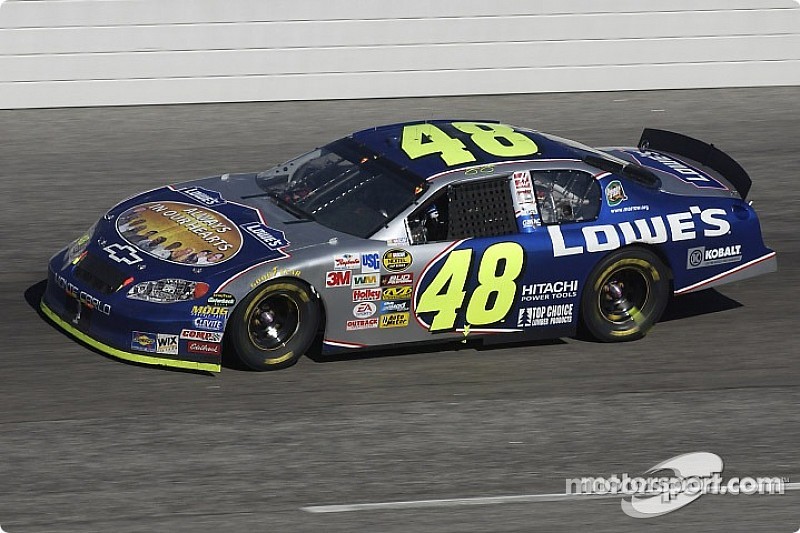 This week marks the ten year anniversary of the tragic plane crash.

It seemed like such a normal day of racing. Rising NASCAR star Jimmie Johnson took home his 12th career victory after a late-race duel with Rusty Wallace. Behind him, Jamie McMurray and Ryan Newman traded paint across the line for second, as you'd expect at a place like Martinsville.

When normality was replaced with agony

He did the customary victory burnouts before driving back to pit road, and that's where this day  became anything but normal. Jimmie was told to not go to Victory Lane by NASCAR officials, who had learned some troubling news halfway through the race. When we finally got to hear from the late Jim Hunter, we didn't get too much information. "The FAA reported that they lost contact with a Hendrick Motorsports plane en route to Martinsville," is all he would reveal.

We all sat, confused and concerned. The question at the forefront of our minds, who was in that plane? "It's been a month since we lost papa Joe (Hendrick) and if something happened to one of these guys, it would be --," Benny Parsons stopped himself there.

The plane in question, a Beechcraft Super King Air 200, had crashed, slamming into the mountains outside the race track. All ten souls on that aircraft were lost. Hendrick team president John Hendrick, along with his twin daughters Kimberly and Jennifer. General Manager Jeff Turner, as well as chief engine builder and one of the greatest minds in NASCAR history, Randy Dorton.

DuPont executive Joe Jackson, along with Scott Lathram, Richard Tracy, and Elizabeth Morrison ... All gone. With them, we also lost Ricky Hendrick, the son of Rick, who was a race-winning NASCAR driver and the heir to the most powerful team in all of stock car racing. Beyond that, he left behind his pregnant fiancee, and a daughter who would have to grow up without her father.

NASCAR has an unfortunate history of tragedies in the air. This one though, this one stung more than most. Some doubted Hendrick Motorsports would go to Atlanta, just as many thought DEI wouldn't go to Rockingham after losing Dale Earnhardt. But reluctantly and with heavy hearts, they did, and like DEI, they emerged victorious. And so, the healing process had begun.

Since then, they've won six more Sprint Cup championships and are in the hunt for another title this year.

As I do every time we write up a story on the anniversary of a tragedy, I ask you to keep those people we lost in your mind during today's race. Remember John, Kimberly, Jennifer, Jeff, Randy, Joe, Scott, Richard, Elizabeth, and Ricky. By doing this, you are making sure they never truly die.

Will the No. 48 Hendrick Motorsports team go the distance?

Where the rubber meets the road

Bunny Burkett to be honored at home track