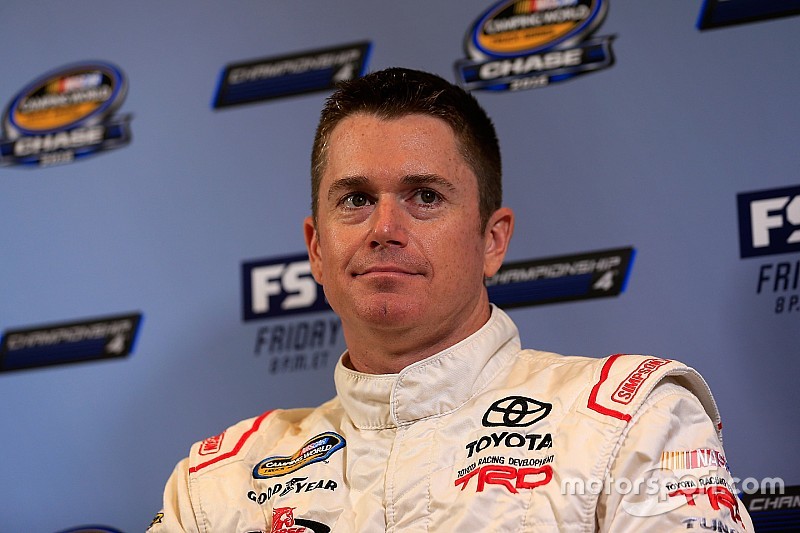 After a respectable finish in his first Cup race at Talladega in April, Timothy Peters rejoins Ricky Benton Racing to compete at Daytona International Speedway on Saturday night.

Peters finished 23rd in his first Cup Series start with the Cerro Gordo, N.C., based team in April and he’ll return to the car on Saturday in his second race of the season in the top division of NASCAR.

Peters will also feature the colors of Advance Auto Parts on the Ford Fusion with help from Black’s Tire and Highland Construction and Restoration.

“Daytona is such a special place and it’s a dream come to true to be able to be there in a Cup car,” said Peters. “(Crew chief) Mike (Hester) and the guys have worked so hard on the car since Talladega. We learned so much in that race that is going to help us Saturday.”

With Peters behind the wheel, the No. 92 Ford F-150 finished seventh at Martinsville. A washed-out qualifying sent the team home before the North Carolina Education Lottery 200 at Charlotte in May.

“Our guys have put in a Herculean effort this year for the races we have done,” said team owner Ricky Benton. “Between the Cup cars and trucks and having to rebuild the (Daytona) 500 primary car, they have really put in some long hours and put together some fast cars. I can’t wait to see what Timothy and the guys can do at Daytona.

“I really appreciate Advance, Carquest, Black’s and Highland coming on board and going racing with us again. We couldn’t do it without them.”

Peters is no stranger to Victory Lane at Daytona winning the Truck Series race there in 2010.

NASCAR may have found the perfect answer to its inspection issues