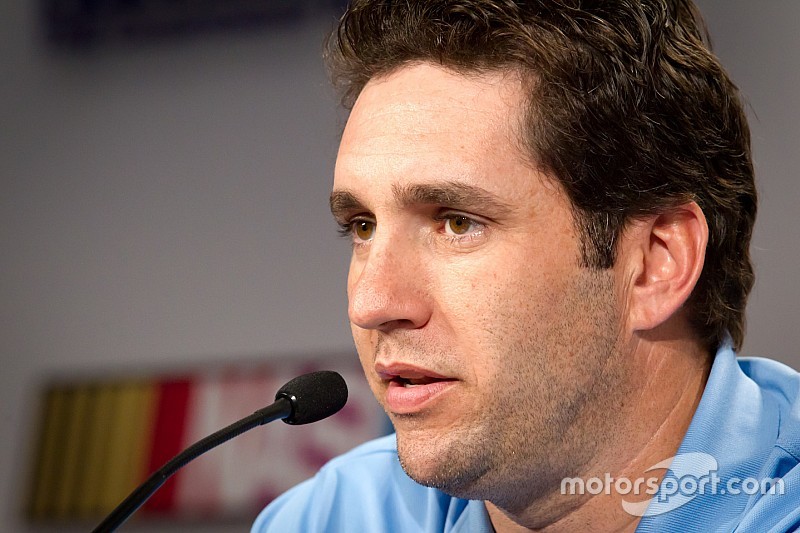 NASCAR Xfinity Series regular Elliott Sadler is set to compete in the season-opening Daytona 500 for first time since 2012.

Tommy Baldwin Racing announced Thursday it will field its No. 7 Chevrolet in the Monster Energy NASCAR Cup series opener with Elliott behind the wheel.

TBR had ceased its full-time operation in the Cup series at the end of last season.

“We look forward to having Elliott join TBR and Golden Corral for the upcoming Daytona 500,” said team owner Tommy Baldwin. “Elliott has always been a strong restrictor-plate racer which makes this a great opportunity for everyone involved.”

Sadler, a 16-year veteran of the Cup series, last compete in the Daytona 500 in 2012 with Richard Childress Racing. He currently runs full-time in the Xfinity Series with JR Motorsports.

“This is a great opportunity for me and everyone affiliated with Tommy Baldwin Racing,” Sadler said in a statement. “I love the Daytona 500 and to have Tommy and Golden Corral offer me this opportunity is awesome.

“Tommy and I have known each other a long time. We actually won a qualifying race for the Daytona 500 together back in 2006. We're going to rekindle some of that magic and work our tails off to get our car in the race. I know Tommy is putting a lot of effort into this and we're going to go out and get the best result we possibly can.”

As part of the Golden Corral sponsorship, should Sadler finish in the Top 10 of the race, kids age 10 and under will eat free at Golden Corral restaurants nationwide on Monday, Feb. 27.

Earlier this week, Halamar Friesen Racing announced that Baldwin would manage the day-to-day operations of its full-time entry in the Truck series this season with driver Stewart Friesen behind the wheel of the No. 52 Chevrolet.

Opinion: Edwards' decision to walk away may be a sign of things to come