Tony Stewart called to meeting with NASCAR for incident - video 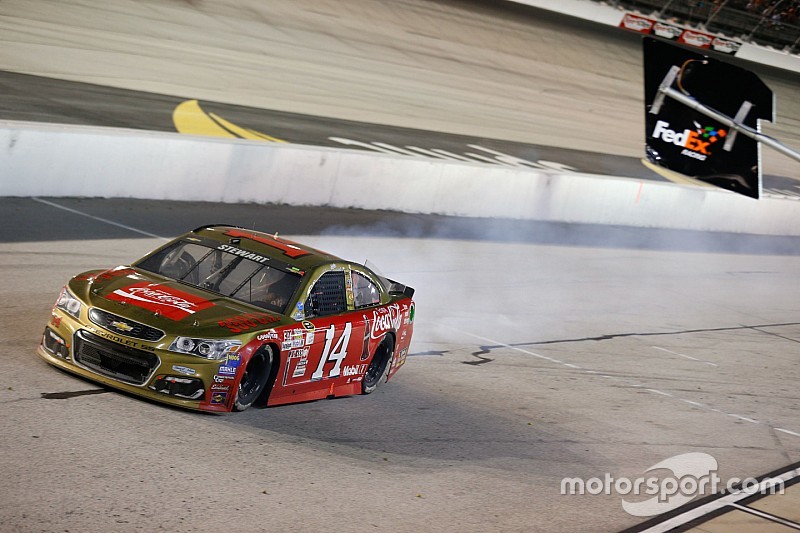 Scott, on older tires, appeared to be trying to let Stewart get around him on Lap 203 of 367, when Stewart simply punted him out of the way. Scott hit the inside wall and took his No. 44 Richard Petty Motorsports Ford to the garage.

Stewart was running in the Top 10 at the time.

Following the incident, NASCAR ordered Stewart and his crew chief, Mike Bugarewicz, to report to the NASCAR hauler after the race.

In an interview in the garage after the incident, Scott said he was trying to let Stewart get by.

“Maybe he thought I was giving him the finger or something. I will talk with him. We will figure it out. It is a tough race. The Southern 500 is a tough race. Everybody is slipping and sliding a lot. It is getting to the point where people's tempers are getting short.”

Scott ended up with a 39th place finish.

Stewart went to the garage late in the race with engine problems.

Asked what happened in the incident with Scott, Stewart said, "He wrecked.
"I'm kind of interested in what NASCAR has called me for."
"We did meet with Tony Stewart at the conclusion of the race. It was fine and ultimately it was an opportunity to hear from his perspective what had happened with the No. 44 car in that incident," said NASCAR spokesman Kurt Culbert.
Culbert said he did not expect any further NASCAR action in regards to the incident.