Three-time NASCAR Cup champion Tony Stewart says that 2009 F1 world champion Jenson Button’s tweet, replying to a Motorsport.com story about the potential for a future entry by Honda, “makes me smile that he would be even interested”. 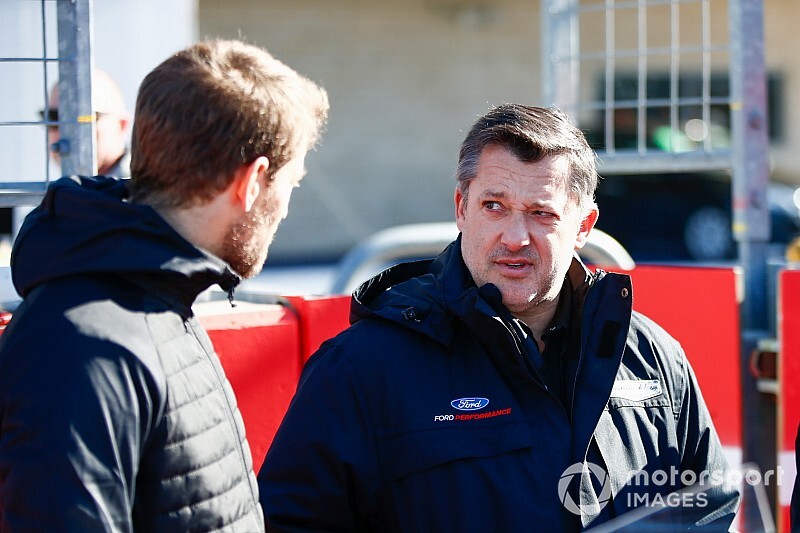 Stewart, who is a co-owner of the Stewart-Haas Racing team that fields four cars in NASCAR’s premier Monster Energy Cup Series, said that Button’s tweet is a reflection of the growing positivity about the sport’s future.

Honda, with whom Button has long been aligned and raced for in Japan’s Super GT series since leaving F1, is monitoring the Gen-7 rules set to be put in place from 2021 and has admitted its interest as soon as it becomes economically viable for it to participate.

California-based Button tweeted “Sign me up!!” in reply to our story.

“That would be great!” exclaimed Stewart when asked by Motorsport.com about Button’s tweet. “Just like Danica Patrick was great for our sport when she came in, to have someone like Jenson come in would be huge for our sport.

“But just for him to make that kind of remark, it makes me smile that he would be even interested. I think NASCAR is going in a good direction, there is a lot of really big changes that are going to be a shock-and-awe situation for a lot of fans that we have not seen in our sport, so I think NASCAR is getting ready to take some big steps that are going to open people’s eyes in the future.”

When asked how quickly a driver from an F1 background could adapt to NASCAR, Stewart replied: “[Juan Pablo] Montoya did it. Race car drivers are race car drivers, no matter what cars they run. What separates the good ones from the great ones, the great ones learn how to adapt to a different feel.

“They don’t get stuck in a feel for a race car, they know how to adapt and read what that the race car is wanting and learn to change their driving style to accommodate it. So there is plenty of race car drivers that can do that.”

Part of NASCAR’s next-generation discussions have been powertrains that are more road-relevant than its current breed of V8s, and this is a key element in the attempt to lure a new manufacturer like Honda. The use of some form of hybrid-powered engine has been tabled by manufacturers, as they look the shape the future of the sport.

“They’re already looking at the hybrid route, so I don’t know how that will play into our series, but I know that’s in discussions with NASCAR,” said Stewart. “They are looking in directions that they’ve never looked at for our sport in the past. I think there’s some really neat things ahead.

“It’s our society, it’s the world we live in. When you’re in a sport where the cars you’re driving are cars that people are trying to buy, the old theory was ‘win on Sunday, sell on Monday’. If they’re selling hybrids on Monday and winning with V8s on Sunday that you don’t even have in the showroom floor, it’s hard to sell it. So keeping the cars relevant to what the people are buying, what the consumers are driving, is very important. Not only for F1, but soon to be NASCAR.”

When asked if he personally supported the push for hybrid power in NASCAR, Stewart replied: “As a racecar driver, I don’t care if we’re racing pedal cars. Racers just wanna race. They don’t care if it’s four cylinders, V8, turbochargers, hybrids – they don’t care, they just wanna be faster than the other guy.”

Can Harvick make it three 'clutch moments' in a row at Texas?