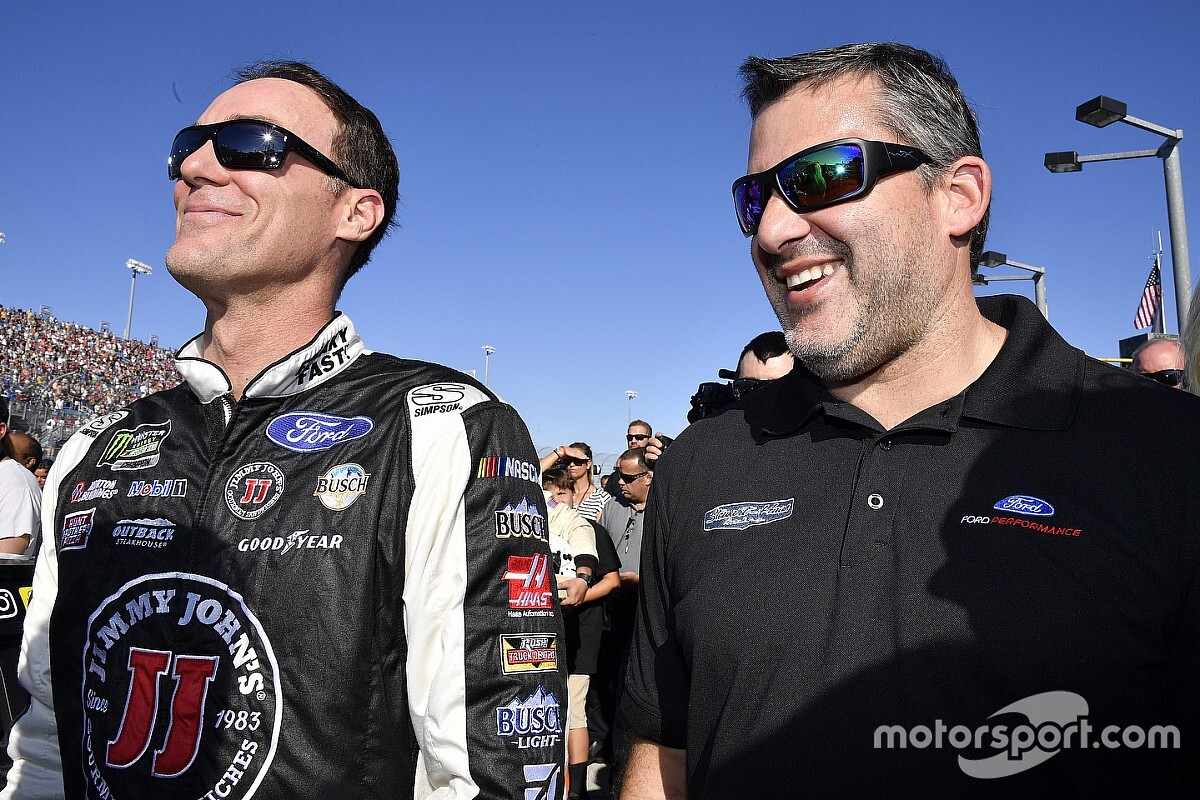 Tony Stewart knows a thing or two about having driving success in his 40s and even he has been impressed with the performance this year of Kevin Harvick.

Stewart, 47, who retired from full-time NASCAR competition at the end of last season, remains co-owner of Stewart-Haas Racing, which fields four cars in the Monster Energy NASCAR Cup Series, including the No. 4 Ford of Harvick.

The former IndyCar champion won 49 Cup series races and three championships in his career, with his final title coming in 2011 when he turned 40 years old.

Harvick, 42, is tied with Kyle Busch for the most wins this season (seven) and currently leads the series standings heading into Sunday’s playoff race at Talladega (Ala.) Superspeedway.

Twenty-one of Harvick’s 44 career Cup wins have come since he joined SHR at the start of the 2014 season.

“He knows every aspect of it; he knows what it’s like to be an owner; how to organize people; how to build packages; that and how he works with sponsors.

“He’s really the total package and that’s something that makes him so successful. He knows when to push; he knows when things aren’t right to not overdrive. He just knows how to put himself in the right positions at the right times and how to keep him there.”

The success Harvick has enjoyed since joining SHR and paired with crew chief Rodney Childers has only added more fuel to his competitive desire, Stewart said.

“That’s why I say he’s just got such a good balance, not only on track, but off track. I mean his life is balanced right now. He’s just one of those guys that’s got everything going the right way both on and off the race track and it just makes him that much better when he is on track.”

Even with the remarkable season Harvick has enjoyed thus far in 2018, Stewart believes were it not for issues on pit road, the No. 4 team would have even better results.

“I think we could have won half the races this year if we didn’t have to pit. I mean, we got a good group of guys, and I think the change in the pit guns this year has really been hard on our guys,” Stewart said.

“It’s much harder than people think, I mean people don’t understand that by slowing the guns down, you would think it would make it easier on these guys because they don’t have to go as fast, but the problem is they’re so used to being in time and being at a certain pace.

“Now, you’ve got to slow these guys down and that’s why you see loose wheels because they’re used to moving their hands a lot faster and that pattern being faster. Now the guns can’t keep up with what we’re doing so we have to slow our guys down to make sure that we don’t have those mistakes. That’s the hardest part.”

William Byron: Addition of Chad Knaus is "a huge honor and blessing"