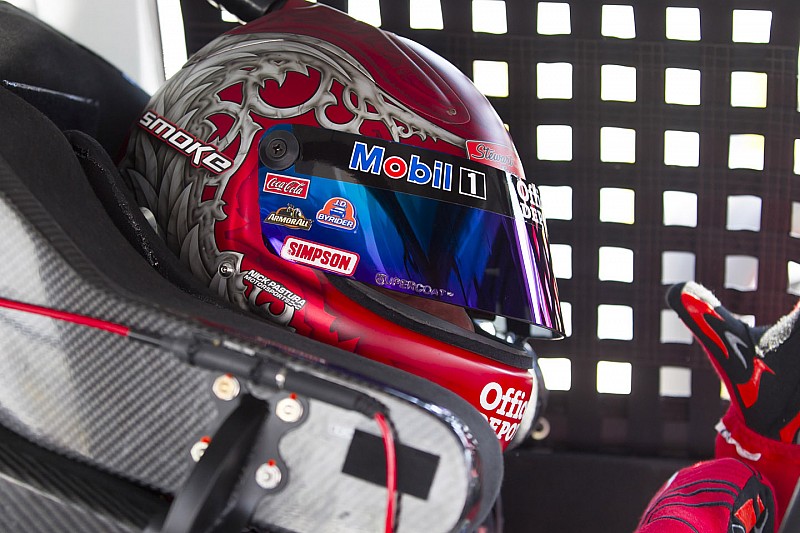 And as NASCAR returns to Thunder Valley this weekend, we’re reminded of what makes the night race at Bristol Motor Speedway one of the most coveted tickets on the Sprint Cup tour.

The half-mile bullring promotes side-by-side racing, bumping and banging and the occasional dust-up as tempers escalate over the course of 500 laps.

Sure, there’s been plenty of finger-pointing and fist pumping over the years. But who could forget Dale Earnhardt dumping Terry Labonte on the last lap of the 1999 Goody’s Headache Powder 500? Earnhardt and Labonte traded the lead over the final 200 laps. Labonte took the lead from Earnhardt lap 498. When Earnhardt couldn’t make a clean pass on Labonte on the white flag lap, he “rattled his cage” instead. Earnhardt won his ninth and final Bristol romp. Labonte limped across the finish line in eighth — the first car one lap down.

In 2006, there was the run-in between two more past champions — Jeff Gordon and Matt Kenseth. While neither driver was in contention for the win, both drivers had led laps in the Food City 500. This battle came down to which driver wanted third-place more. On that day, it was Kenseth, who knocked the No. 24 Chevy out of the way on the final lap — “but didn’t mean to get into the back of him.” Kenseth claimed the final spot on the podium. Four-time finished 21st — the last car on the lead lap. With helmet still on, Gordon went to confront Kenseth. After the two drivers were separated, all Gordon received for his effort was a $10,000 fine and probation for the rest of the year.

Fast forward to 2012 — and another incident involving Kenseth, this time with Tony Stewart as the aggrieved party. While the two were fighting for the lead on Lap 332, Kenseth slid into Stewart sending both into the spin cycle on the frontstretch. Although Kenseth continued to race, Stewart climbed from his car, removed his helmet and with both hands threw it into hood the No. 17 Ford. He eventually returned the race and finished 27th.

NASCAR didn’t fine Stewart, who was the defending champion that season and 10th in the standings at the time. However, the sanctioning body did keep his helmet — and has never returned it to the driver.

“I know exactly where that helmet is,” Stewart said. “I won’t say where it’s at, but I know who has that helmet. I will say this, I was in his office one day and I almost took the helmet. I was going to do a deal where I took it to different locations and took pictures of it and then sent him messages saying, ‘If you want to see your helmet alive, you’ll comply with all of our demands.’

“But he was a person in that industry that could have the potential to make my life a little more difficult then it already is every week. So I’ve let that dog lie.”

During the aftermath of the Bristol incident, Stewart said he didn’t “give a crap” about the helmet and “the hell with the helmet”. However, he’s changed his tune in recent years.

No, Stewart has not given up on his quest to retrieve the helmet. He just might have to wait until he’s no longer behind the wheel in NASCAR.

“I didn’t say I didn’t want it back,” Stewart said. “I just said I didn’t have it back yet. I know where it’s at. That’s the main thing.”

Stenhouse to honor Bryan Clauson at Bristol with paint scheme